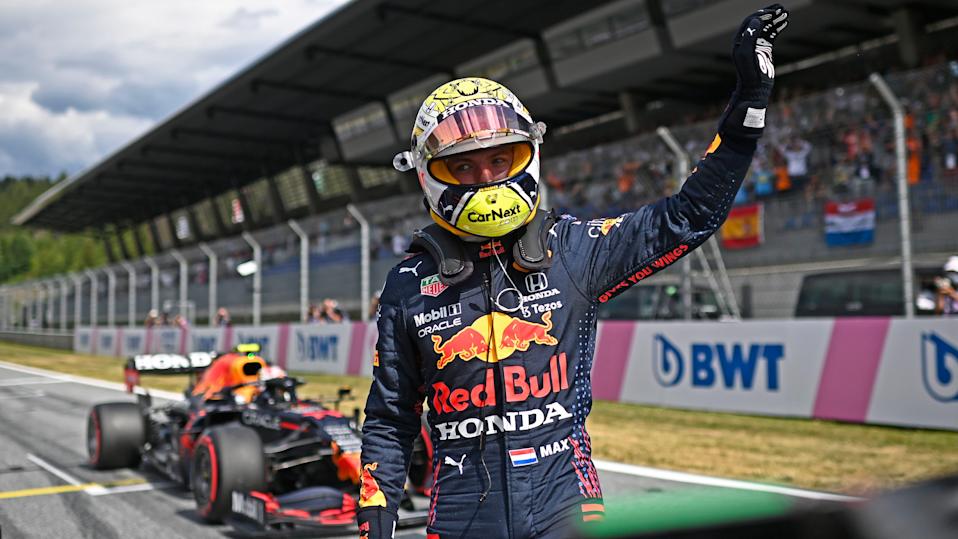 Verstappen led from pole position and was in a race of his own for 71 laps, with a gap big enough to pit late on for fresh tyres. Verstappen has now claimed three consecutive wins and five in a season which is looking more and more like his maiden championship campaign.

Hamilton did climb from fourth to second in the opening stages but picked up damage to his car, dropping him down the order behind Valtteri Bottas and Lando Norris, who continued his superb form with his third podium finish of 2021.

Verstappen also managed to claim the extra point for fastest lap — he is now 32 points clear of Hamilton in the title race. That gap means Verstappen can retire from a race and still lead the championship regardless of whether Hamilton wins it or not.

Hamilton will look to get his challenge back on track at the British Grand Prix on July 18, having won at Silverstone a record seven times before.

Behind Verstappen, Bottas claimed his best result of the campaign so far, ahead of Norris, who took third. Norris’ driving was complimented by Hamilton during the race.

When Hamilton passed his fellow Brit on lap 20 for second position after several laps behind the McLaren driver, he radioed Mercedes to say: “Really great driver, Lando”.

Hamilton finished a distant fourth and on track was ahead of Sergio Perez, who had appeared best place to play rear-gunner to Red Bull teammate Verstappen out in front.

However, on the fourth lap, Perez ended up in the gravel after trying to pass Norris around the outside of Turn 4. Perez was dropped to 10th and Norris was given a five-second time penalty.

Perez was later given two identical penalties to Norris. The first instance was a reverse of his incident with Norris, forcing Ferrari’s Charles Leclerc wide at Turn 4 with a bang of wheels. He then appeared to push Leclerc wide again several laps later.

That second penalty cost him fifth, relegating him behind Ferrari’s Carlos Sainz.

Sainz was rewarded for a superb final lap, in which he caught and passed McLaren’s Daniel Ricciardo in the final sector.

Leclerc settled for eighth ahead of Pierre Gasly and Fernando Alonso, who denied George Russell his first points for Williams.  There was drama on the final lap as former world champions Sebastian Vettel and Kimi Raikkonen collided in an incident the stewards will investigate after the race.