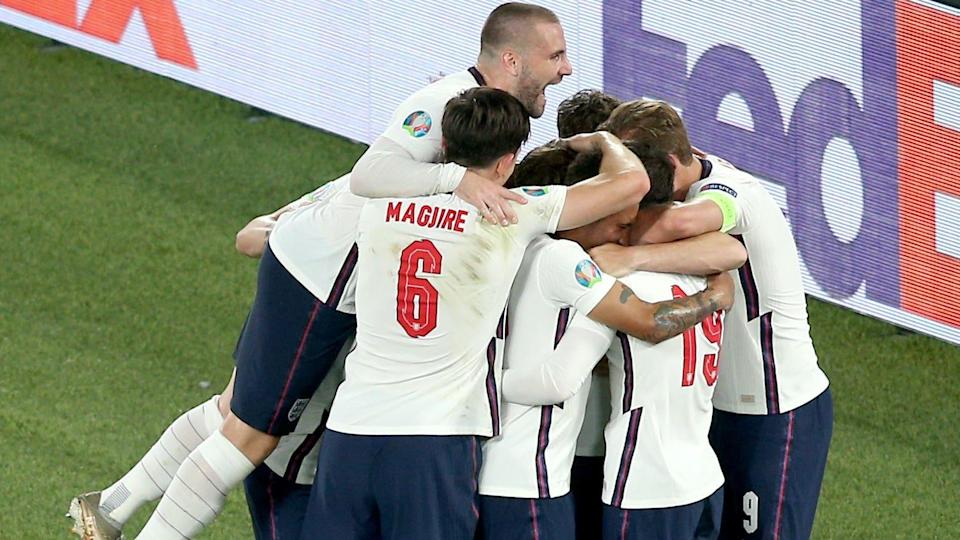 England coach Gareth Southgate stated it was the spirit of the whole group that sets his team apart as they booked a spot in the European Championship semifinals with a 4-0 victory over Ukraine on Saturday.

Two goals from Harry Kane and headers from Harry Maguire and Jordan Henderson saw England through to the last four of a Euros for the first time in 25 years, with Southgate hailing his side’s collective attitude as the reason for their progression.

“We gave a fantastic performance, not only the players that started, but the players who came on kept the momentum going,” Southgate told a news conference.

“I am also actually thinking about the players who I left out of the squad and who didn’t get on the pitch.

“They have been such a massive part of what we are doing. It is so difficult to keep a group of this size involved, happy, feeling valued. And yet those guys have been phenomenal in how they have sacrificed themselves for the group.

“We are in the semifinals because of that spirit. Of course the quality of our play is important, but I have seen lots of nations go out because they don’t have the spirit of these boys.”

Up next for England is a clash on Wednesday at Wembley with Denmark, who defeated the Czech Republic 2-1 on Saturday.

The Danes have had an emotional tournament in the aftermath of Christian Eriksen’s on-field cardiac arrest, and Southgate is aware of their quality and togetherness after the midfielder’s harrowing experience.

“We know what a good side Denmark are and they have proved that in this tournament,” Southgate added. “They are riding a wave of emotion with what happened with Christian as well.

The prize on offer is a first European Championship final appearance for England, and a second in major tournaments.

“We still have a long way to go,” Southgate said. “Before the end of tonight’s game I was already thinking about the next challenge. “That’s the one for us, we have never been to a European Championship final, and it is another opportunity for us to make history.”