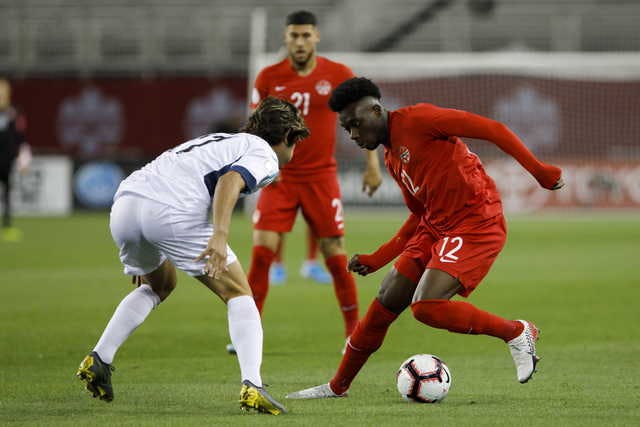 The Canadian men’s national team will try to end 2019 on a high when they face the United States in Concacaf Nations League on Friday in Orlando.

Canada only needs a point to secure top spot in Group A and book its place in the Nations League semifinals. Most importantly, a draw or win could seal a spot in the hexagonal phase of Concacaf World Cup qualifying.

Considering who is missing for the U.S., Canada has a strong chance of repeating its heroics from October. However, it’ll take another 90 minutes of mental focus and near-perfect tactical execution, just like the victory at BMO Field. Derek Cornelius, Kamal Miller and Samuel Piette all started versus the U.S. last month but have not played a competitive match since. Mark-Anthony Kaye logged about 45 minutes in LAFC’s loss to the Seattle Sounders on Oct. 29, while centre-back Doneil Henry has been inactive as well.

“We’ve worked behind the scenes with the MLS clubs, our sports scientists,” said head coach John Herdman when asked about players who are lacking match fitness. “Dr. Cesar Meylan has been working with some individuals closely on the grass with them to ensure their physical status and that they have been engaging in some games with semi-pro university teams.”

Keeping an unchanged lineup from the first matchup in October lets Herdman to switch tactics throughout the game.

Canada would have numerical advantages across the pitch with the more conservative Miller at left-back, Piette in the heart of the midfield and Kaye’s ability to cover ground. Jonathan Osorio and Scott Arfield also like drifting to their respective flanks when needed, further protecting the wings if the U.S. has possession.

“[This squad] gives us options to bunker down and play a deep block like we did against Mexico at the Gold Cup or it gives us the options to get on the front foot like we did at home,” Herdman said.

A back five might even be in play here, as was seen at the Gold Cup versus Mexico. Either way, Herdman has the tactical flexibility.