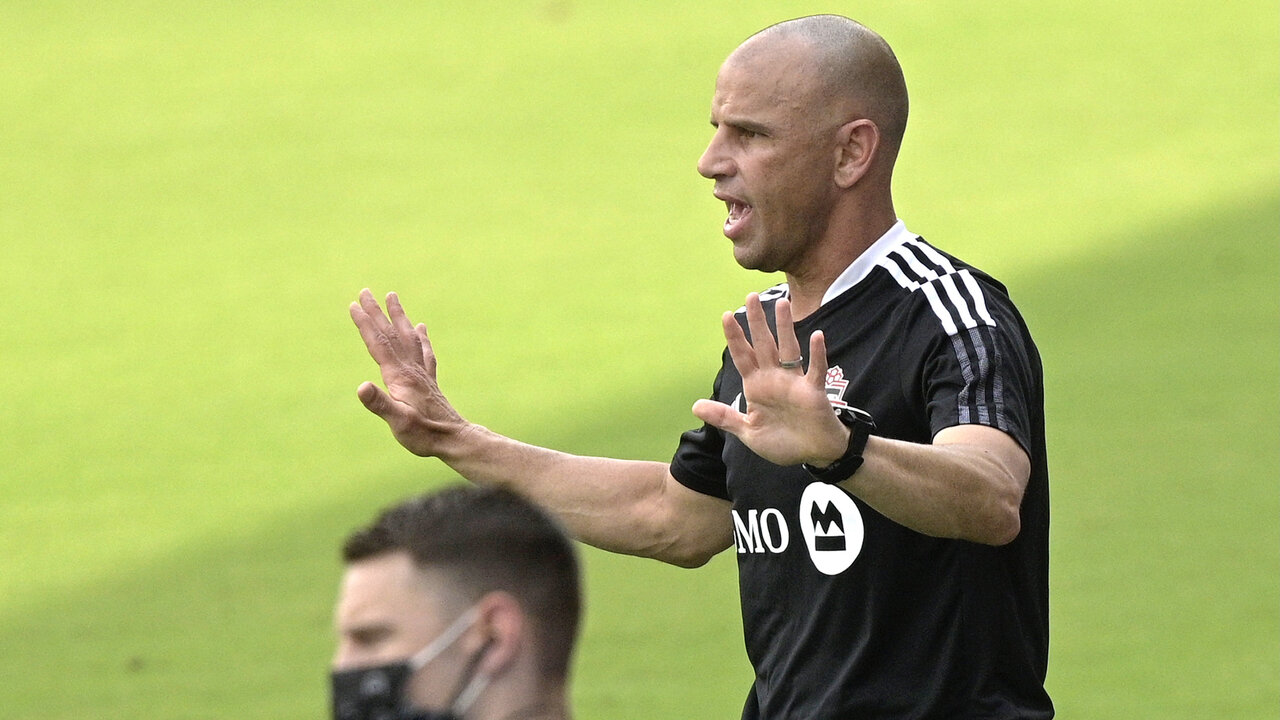 Toronto FC fired head coach Chris Armas on Sunday in the wake of a humiliating 7-1 loss at D.C. United, the club’s sixth-consecutive defeat.

Under the first-year coach, Toronto (1-8-2) is winless in seven and languishing in last place in the 27-team league.

Toronto is mired in its second-worst start to an MLS season. Only 2012, when the team lost its first nine matches and didn’t reach the five-point mark until its 13th outing (1-10-2), was worse. That run cost Aron Winter, the team’s head coach and technical director, his job.

On Sunday, it was Armas’ turn.

“Something has to give,” he said after the D.C. United debacle, the kind of performance that gets a coach fired.

“We’re at a place where we haven’t been before,” he added. “It’s a strange time, it’s a difficult time for our team. If you’ve not been there, how do you know how to get out of it? We’re going to stick together.”

After the largest margin of defeat in club history, management decided otherwise. The club did not immediately say who will take over.

Despite the disastrous loss Saturday, captain Michael Bradley stated Armas had the players’ confidence “1,000 per cent.”

Still, Bradley said the team had “let everybody who follows us down.”

“Not even close to good enough. Not who we are. And I’m sorry,” he said. “When you play like that, when you lose like that, words mean nothing afterwards. And so over the course of the next few days and the next few weeks we’ll have our chance to show a real reaction. But there’s nothing to say that has any value after a game like that.

“One of my worst days at the club, for sure,” he added. “We’re not in a good way right now and it’s nobody’s fault but ourselves, the players. People want to look around and point fingers and say ‘It’s Chris’ fault, he’s not done a good enough job.’ Bull. The players, we have to look at ourselves and find more.”

Toronto’s problems have been legion this season, with the team often digging itself a hole in games. The club has turned the ball over in dangerous positions, looked shaky on set pieces and porous on defense.

TFC conceded goals in the second and eighth minute versus D.C. United on Saturday, bringing the number given up in the first 15 minutes of a game to a league-worst eight. Combine that with an 0-7-1 record when conceding the first goal and the woeful record starts to make sense. Toronto ranked last in the league, conceding 2.45 goals a game, in the wake of the D.C. United humiliation. It was mid-table on offence, tied for 15th in averaging 1.18 goals an outing.