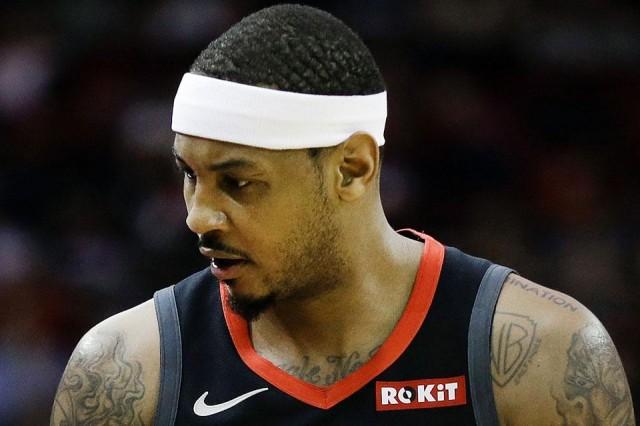 Carmelo Anthony, who last played an NBA match in November 2018, has agreed to a non-guaranteed deal with the Portland Trail Blazers, according to ESPN’s Adrian Wojnarowksi. Anthony last played for the Houston Rockets, where he averaged 13.4 points over 10 games before eventually parting ways with the team.

One of the most prolific scorers in NBA history, the 35-year-old Anthony has averaged 24 points per game over his career and is best known for his years with the Denver Nuggets and New York Knicks.

The 6-foot-8 forward will join a Trail Blazers team which has struggled out of the gate in the 2019-20 season with a 4-8 record. This after earning the No. 3 seed last season in the Western Conference and making it to the conference finals behind the prolific backcourt of Damian Lillard and CJ McCollum.

Anthony will enter a frontcourt that is brutally lacking at the power forward position, particularly after a significant injury to Zach Collins.

Because Anthony’s deal is non-guaranteed, it presents limited risk for the Blazers, who are evidently not happy with the way they’ve started the season.

We saw the Lakers sign Dwight Howard to a similar deal before the season, and that has worked out well for both parties thus far. We’ll see if the marriage is as happy between Anthony and Portland, but if not, they can part ways with little economic impact on the Blazers.

Anthony will join his new Portland teammates on Saturday for their upcoming six-game road trip, which includes games versus the Spurs, Rockets and Bucks.

At this point we don’t know exactly when Anthony will get his first game action after more than a year away from the NBA, but he stated in August that he was “in the gym every single day” working on his game. If his conditioning level is up to par, he could vie for minutes right away.