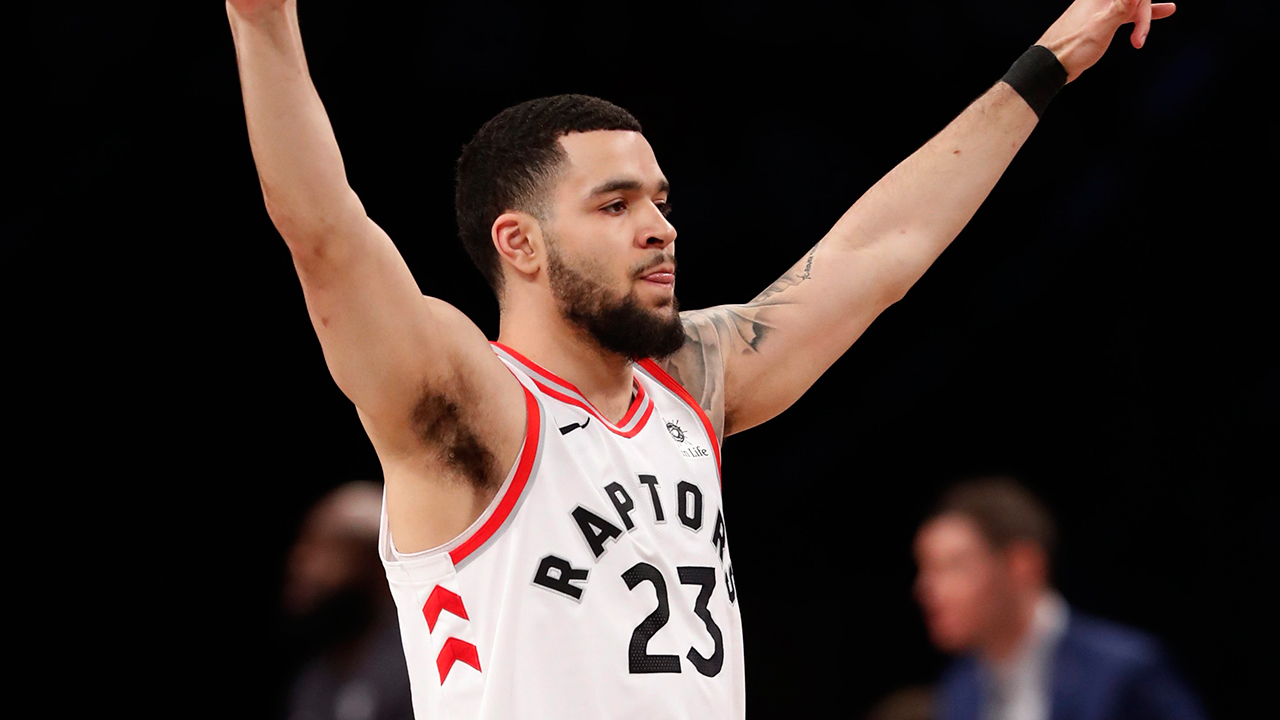 Fred VanVleet, hitting 11 three-pointers, put on a show with a franchise-record 54 points as the Toronto Raptors defeated the Orlando Magic 123-108 on Tuesday.

The Raptors’ previous single-game scoring record was 52 points, set by DeMar DeRozan versus Milwaukee on Jan. 1, 2018. Terrence Ross and Vince Carter each scored 51 in Toronto colors.

VanVleet made 11 of 14 three-point attempts, coming within one of the franchise record of 12 by Donyell Marshall, in March 2005 versus Philadelphia.

After three quarters, VanVleet was 11-of-13 from three-point range and had 46 points with teammates looking to feed his hot hand.

He added to his total with two free throws before hitting the 50-mark off a lob from Kyle Lowry. He tied DeRozan’s franchise record with a layup and then upped his total to a record 54 with under four minutes left — taking the ball under the basket from a Lowry feed.

VanVleet made 17 of 23 shots and converted all nine free-throw attempts.

VanVleet, a fifth-year guard, who signed a four-year US$85-million contract in November, erased his career mark of seven three-pointers made in a game before the first half was over, making eight-of-nine attempts en route to 28 points in the half. The eight three-pointers were also a franchise record for a half.

Lowry had a triple double with 14 points, 10 assists and 10 rebounds. Norm Powell had 23 points.

Evan Fournier had 21 for Orlando. Centre Nikola Vucevic recorded his 15th double-double of the season with 21 points and 18 rebounds. The undrafted VanVleet became the highest-scoring Raptor versus Orlando while his 11 made three-pointers set a Magic opponent record, erasing the 10 by James Harden for Houston in December 2019.