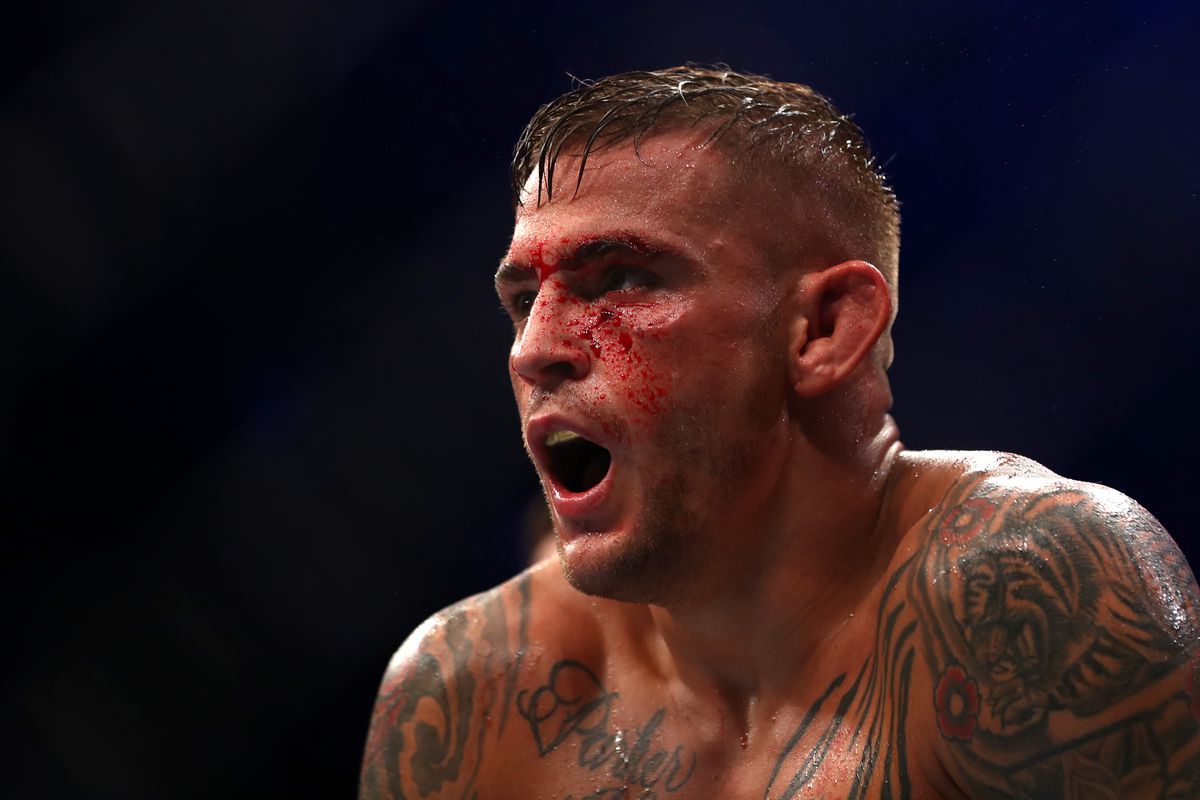 Just a little more than a week after his career-defining victory over Conor McGregor, Dustin Poirier has not yet decided on his next move. There is one thing that is paramount in his mind over all else, though: becoming the undisputed UFC lightweight champion.

Poirier is a former interim UFC lightweight champion. But with current champion Khabib Nurmagomedov all but retired and Poirier riding a two-fight winning streak, Poirier expects to be in the driver’s seat when the UFC decides what to do with the 155-pound belt.

“Who else has put the résumé together that I have in my last six, seven fights, whatever it has been?” Poirier told ESPN’s Ariel Helwani on Monday. “Also beating Conor, a two-weight world champion, adds another world champion to the list of guys I’ve taken out. … I think I’m most deserving to be in a title fight out of all these guys.”

Poirier considers his fight versus McGregor should have been for the lightweight title already. He considers himself the uncrowned champion right now. And the gold is surely on his wish list. But that’s not all.

McGregor’s coach John Kavanagh told Helwani last week that McGregor’s team wants a trilogy with Poirier next. McGregor beat Poirier in 2014 and Poirier avenged the loss at UFC 257 on Jan. 23. If that fight is offered to Poirier, he said he would be interested.

In an ideal world, Poirier wouldn’t have to select — he could fight McGregor next with the lightweight title on the line. But Poirier isn’t sure the UFC would put McGregor in a title fight coming off a TKO loss and only one victory since 2016.

“I’m not sure if the UFC would do that,” Poirier said. “Why wasn’t that one for the belt? Politics? We’re chasing Khabib? What’s going on here? … I have no idea what direction [the UFC is going to] move in.”

Poirier would like a crack at the title next, but he kept Monday that he does not believe Michael Chandler should be his dance partner.

Chandler knocked out Dan Hooker at UFC 257 in his UFC debut. Chandler is a former three-time Bellator lightweight champion. Poirier, though, feels like Chandler hasn’t been in the UFC long enough and that coming off a win over Hooker — whom Poirier has already beaten — doesn’t warrant a title shot.

In an interview with Helwani on Monday, Chandler made his own case for a title bout despite Poirier’s remarks.

“Don’t use the word ‘hasn’t earned it’ around me,” Chandler said. “Now I just came into your organization, knocked out a guy in 2 1/2 minutes that you couldn’t finish in 25 minutes. I think I cemented myself as a top guy. … I’m not going to use the word ‘disrespectful,’ even though I just did, but it kind of is. But it doesn’t really matter. At this point I’ve cemented myself inside the top five.”

Another potential title opponent for Poirier is Charles Oliveira, who has won eight straight and is coming off a dominant triumph over former interim champion Tony Ferguson at UFC 256 in December.

“That’s the fight that has to happen,” Oliveira told Helwani through an interpreter. “Dustin has to fight me. There’s no other guy in front of him. Look at what I did to Tony Ferguson. Look at what Tony Ferguson did to all of the other fighters before me.”

Poirier said he’s waiting for the UFC to make an offer and surely money — he’d like a share of the pay-per-view revenue — will be a deciding factor. For now, he’s keeping himself open to options.