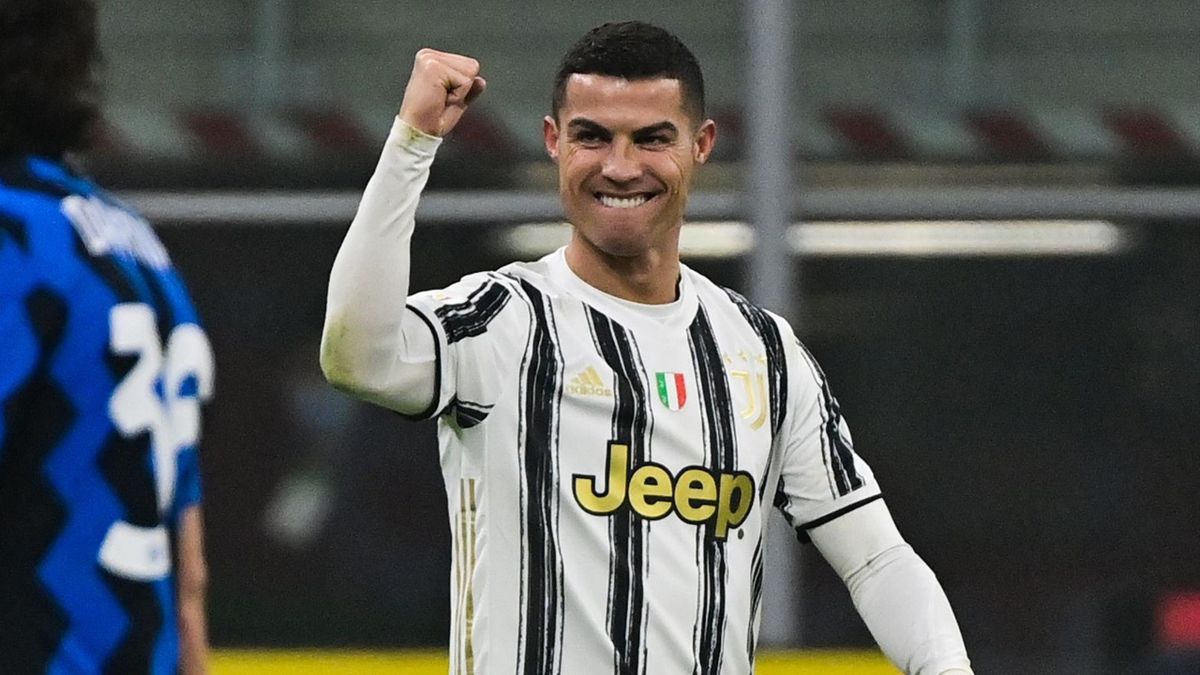 Cristiano Ronaldo scored twice as Juventus came from behind to defeat Inter Milan 2-1 at the San Siro in the first leg of their Coppa Italia semifinal on Tuesday.

Inter started off the better team and took the lead after Lautaro Martinez powered past Gianluigi Buffon — making his 1,100th career appearance — in the Juve goal following a Nicolo Barella assist.

The Nerazzurri had comfortably won 2-0 when the two sides met recently in Serie A and this looked like going the same way until Juve started to come back into the match.

Juve had the opportunity to go level on 25 minutes when Inter’s Ashley Young pulled back Juan Cuadrado in the box and, following a look at the VAR monitor, Gianpaolo Calvarese awarded a penalty which Ronaldo smashed right down the middle.

And Juve made their dominance tell when Ronaldo capitalized on a mix-up between Inter goalkeeper Samir Handanovic and defender Alessandro Bastoni to roll into an empty net on 35 minutes.

Inter stepped it up in the second half with Alexis Sanchez and Christian Eriksen missing good possibilities, while Juve’s 43-year-old goalkeeper Buffon pulled off an impressive save to deny Matteo Darmian as Juve held on.

However, Juve comfortably saw the game off as they look to win the trophy for the first time in three seasons, having been beaten finalists to Napoli last term.

Ronaldo looked less than happy when manager Andrea Pirlo denied him any potential hat-trick by substituting Juve’s No. 7 on 77 minutes but, speaking after the match, the Bianconeri manager said: “He [Ronaldo] knows he is our point of reference. But even he needs a breather to stay at the top.”

The two sides meet for the second leg at the Allianz Stadium on Feb. 9 with Juve bringing an away lead back to Turin.