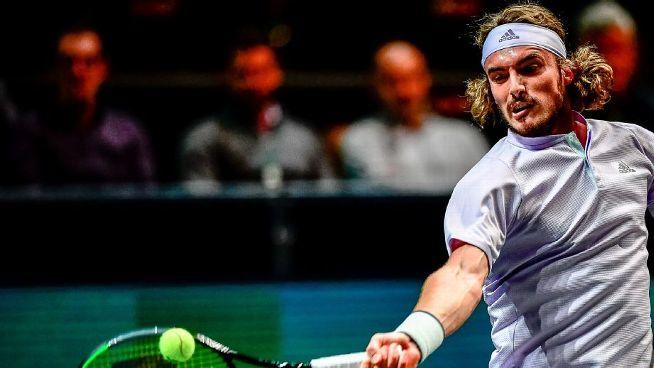 Three years after making his tour-level debut at the ABN AMRO World Tennis Tournament, Stefanos Tsitsipas rallied from a set down to record his first triumph at the ATP 500 event on Tuesday.

Tsitsipas, who improves to 5-1 in his ATP Head2Head rivalry versus Hurkacz, converted six of 11 break points and won 81 per cent of first-serve points (38/47) en route to victory.

”The beginning of the match was quite unusual. I was quite nervous. I’ve never left here with a win… I just felt uncomfortable from the beginning,” Tsitsipas said. “Then I found my way in the second set [and] got back on my feet. I think my fighting spirit made it work. I was just waiting for my moment.”

Tsitsipas started his 2020 ATP Tour season with a 1-2 record at the inaugural ATP Cup, before a third-round loss to eventual quarter-finalist Milos Raonic at the Australian Open.

Tsitsipas will face Aljaz Bedene for the first time in the second round. The 30-year-old broke Benoit Paire’s serve on four occasions to secure a 6-2, 6-4 victory after 63 minutes. Andrey Rublev recorded his 12th victory in 13 matches this year, racing past Nikoloz Basilashvili 6-2, 6-3. The four-time ATP Tour titlist needed just 55 minutes to advance to the second round, dropping only two points behind his first serve (20/22).

Rublev levels his ATP Head2Head series versus Basilashvili at 2-2, adding to his previous victory versus the Georgian at last year’s Western & Southern Open.

Retirement not an option for Canadian soccer great Christine Sinclair