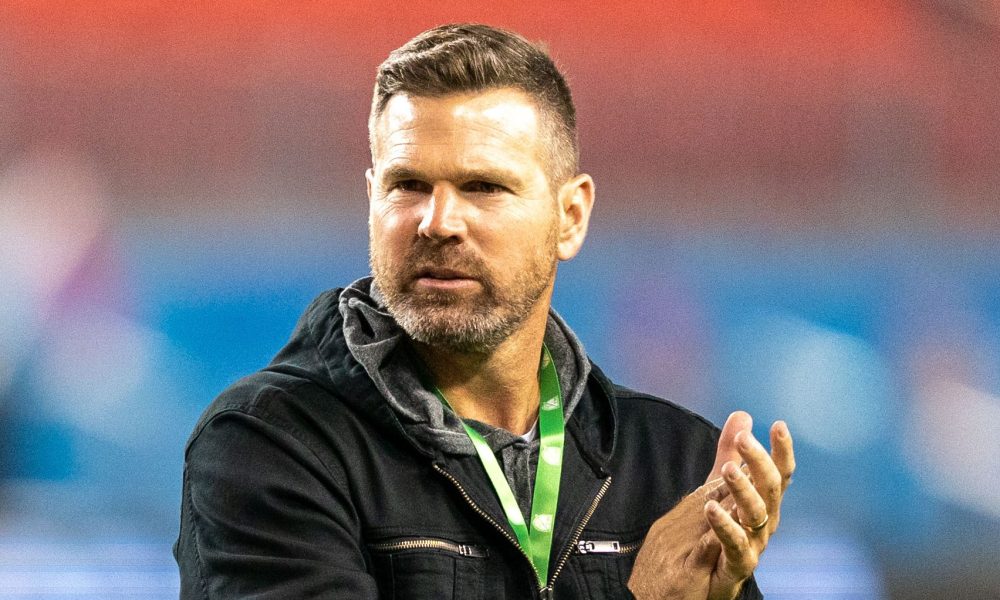 Hired by TFC in December 2013 as the club’s assistant general manager and academy director, Vanney had been the coach in waiting.

Given the job, the welcome mat was hard to find.

“The first game that I walked out for Toronto FC as the coach I remember implicitly a fan behind me yelled out ‘Hey Vanney, I hope you’re renting,”‘ he recalled Tuesday after announcing he was stepping down.

“That was, I think, the first voice I heard in my stretch as a coach at TFC. I remember thinking ‘I am renting but I’m going to be renting for a long time.”‘

Vanney finished out the campaign with a 2-6-2 record. Then the turnaround started.

Six years later, Toronto’s trophy case contains everything there is to capture other than the CONCACAF Champions League spoils and Vanney took the team to a penalty shootout in the final of that competition.

Toronto has gone from the league’s doormat to a model franchise, one that Vanney is now reluctantly leaving behind.

But the 46-year-old father of four is leaving on his own terms, albeit in the wake of a painful 1-0 loss to expansion Nashville SC in the first round of the playoffs after a difficult pandemic-rejigged 2020 season.

An emotional Vanney thanked his players, staff and TFC’s ownership, saying it was the right time to move on.

“I’m a builder. I like to build things and I like projects and I like big things,” he told reporters. “And this club is in a really really good place. There’s not a lot of building to do. It is an incredible club that is positioned, from where we started to where we are, to be great.”

He stated his departure had nothing to do with money or other contract terms, calling it a “personal family decision.” He praised the club for its patience “while I worked through this entire process.”

Vanney took the club into the post-season in his first full season at the helm in 2015 and went on to guide TFC to the MLS Cup final in 2016, 2017 and 2019, winning the title in ’17 on home soil. He coached Toronto to the MLS Cup, Supporters’ Shield and Canadian Championship in 2017, becoming the first MLS club to win a domestic treble. He was named MLS and CONCACAF coach of the year that season.

Toronto qualified for the playoffs under Vanney five of the past six campaigns and obtained three Canadian championships since 2016.