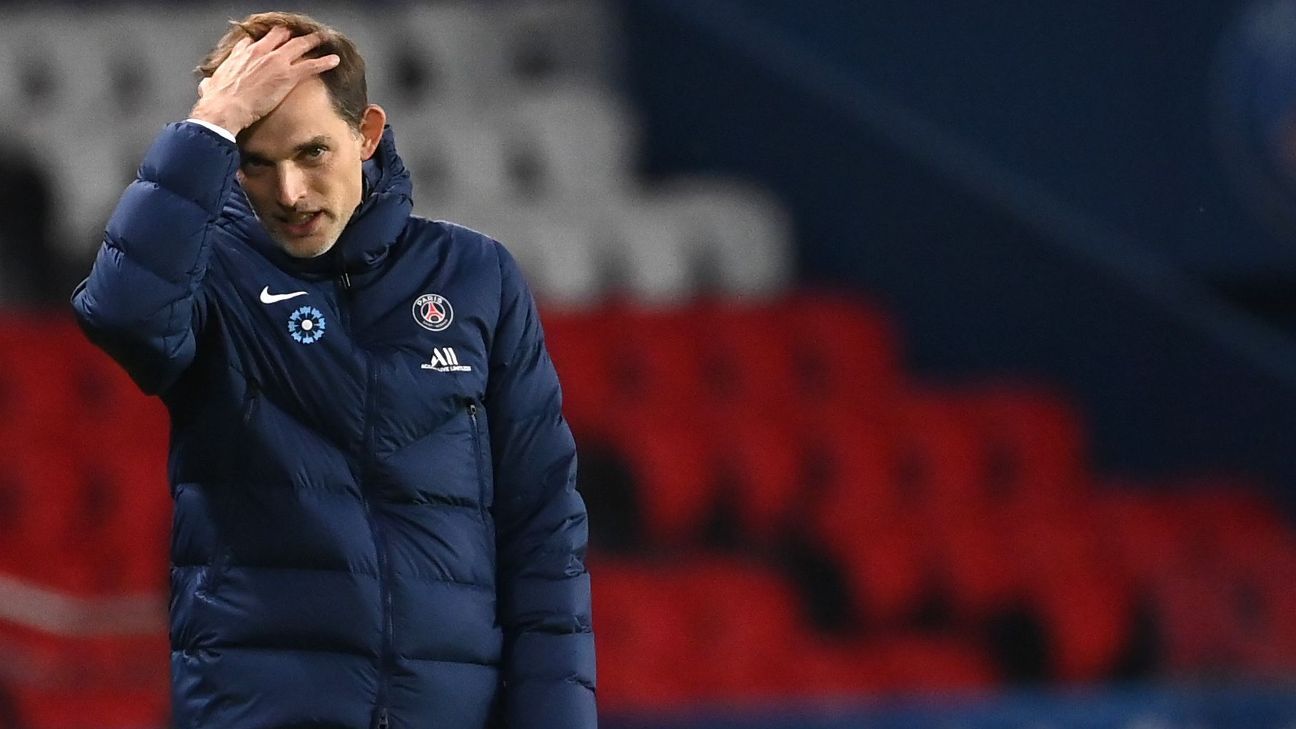 Paris Saint-Germain are facing one of the game’s greatest challenges as they aim for victory at Manchester United in a pivotal Champions League Group H match on Wednesday, coach Thomas Tuchel said.

Last year’s runners-up, PSG are second on six points, three adrift of United and ahead of RB Leipzig, who face Istanbul Basaksehir, only thanks to their better head-to-head record.

“We’re at Old Trafford to win, not just to get a good result, and winning here is one of the world’s toughest challenges,” Tuchel told a news conference on Tuesday.

PSG have only grabbed one point from their last two Ligue 1 games and they were fortunate to defeat Leipzig 1-0 at the Parc des Princes last week.

United, on the other hand, have won their last four games in all competitions, scoring 11 goals.

“Tomorrow, depending on the result of Leipzig at Istanbul [in an early kickoff], our game could be a final,” Tuchel said. “We have to be ready for a big battle.”

PSG’s injury woes have however almost disappeared with only fullbacks Thilo Kehrer and Juan Bernat, as well as midfielders Pablo Sarabia and Julian Draxler, out of the clash.

Tuchel is also hoping that France striker Kylian Mbappe will rediscover his scoring touch in the Champions League, having failed to find the net in his last eight appearances in the competition, a streak that dates back to last December.

“I’ve heard about this stat an hour ago and to be honest I was really surprised,” Tuchel stated.

“Maybe that’s another reason why we’re where we’re at now, but I know Kylian has the qualities, the personality and the experience to score again [in the Champions League].”

Midfielder Marco Verratti, recently back from yet another injury lay-off, stated PSG will need to be faultless versus United. “We’ll have to be perfect, individually and collectively, to grab all three points,” he said.

“They’re quick, athletic. But we have to focus on ourselves.”