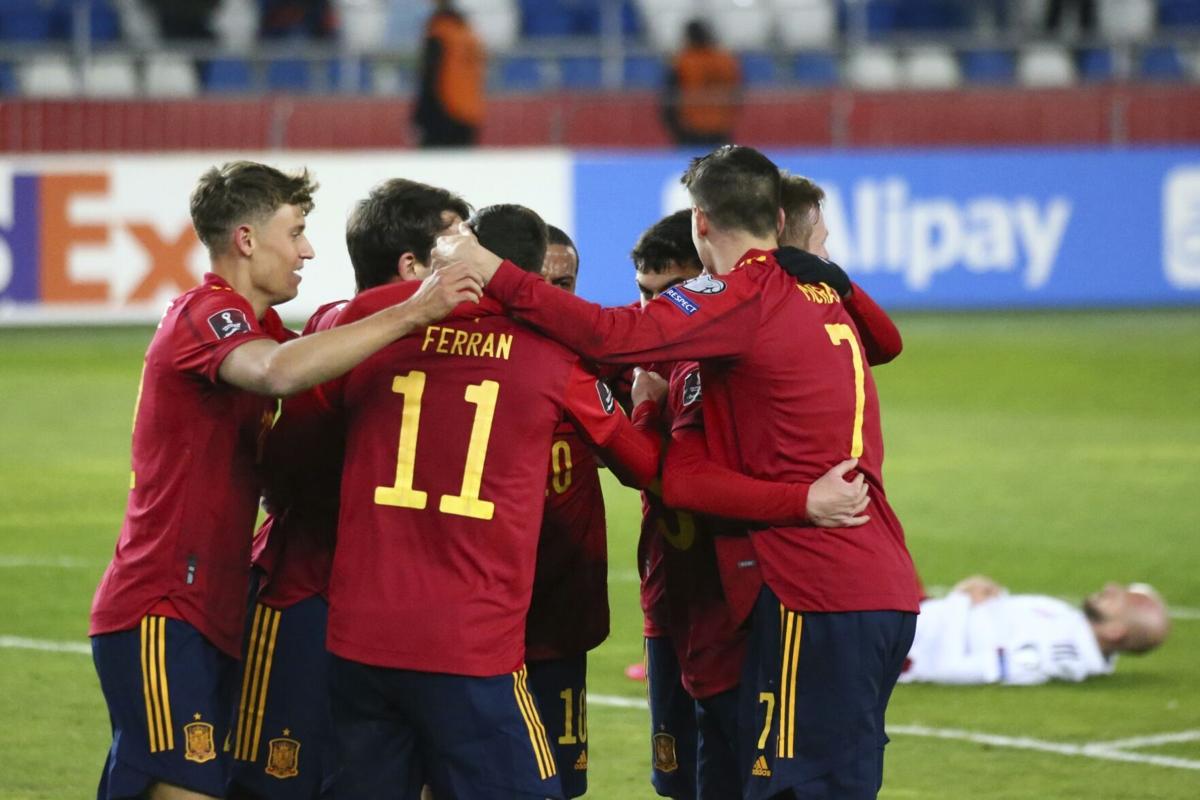 Spain striker Dani Olmo snatched a 2-1 victory away to Georgia in their World Cup qualifier on Sunday with a stoppage-time strike from outside the area to kick-start his side’s efforts to qualify for Qatar 2022 after a sluggish start.

Georgia, ranked 89th in the world, 83 places below Spain, thrilled the 15,000 fans in the Boris Paichadze Dinamo Arena when 20-year-old winger Khvicha Kvaratskhelia fired them ahead two minutes before halftime after they coasted past the defense.

Spain were on course for their first defeat in a World Cup qualifier in 28 years until Ferran Torres leveled in the 56th, sliding in to send a Jordi Alba cross into the roof of the net after Alvaro Morata had failed to connect with the ball.

Luis Enrique’s side pressed for a winner right until the end and finally found one when Olmo let fly from long range and although goalkeeper Giorgi Loria got a hand to the shot it dropped just under the crossbar and into the net.

Georgia’s Levan Shengelia was then sent off moments before the final whistle blew to signal a first triumph for Spain in Group B after they drew 1-1 at home to Greece last Thursday.

Later on Sunday Kosovo were opening their campaign at home to Sweden, who beat Georgia 1-0 in their first match.

“Our opponents usually sit very deep against us because we like to have the ball and we need to work more on opening up defenses like this and we knew we just had to try and get the win by any means possible,” said Ferran.

“We knew we’d have to suffer today. We had the fans against us, although it was beautiful to play in front of a crowd again. The important thing is we worked hard until the end and got the three points.”

The 2010 World Cup winners left captain Sergio Ramos out of the team after he only completed 45 minutes versus Greece, while defender Pedro Porro made his international debut and youngsters Pedri and Bryan Gil earned their first starts after appearing as substitutes in the draw with Greece.

Spain coach Luis Enrique reacted immediately after the break by introducing Olmo and defender Inigo Martinez, while the experienced Thiago Alcantara came on moments before they drew level.

“I was close to having a heart attack, I won’t lie to you,” Luis Enrique said. “We had a lot on the line. We aren’t in a fantastic moment. But in the second half, the team lightened up a bit. I hope the goal at the end gives us a shot of confidence.

“I’m really worried ahead of the Kosovo game. If we lack football, precision, finesse or freshness we’ll play with our hearts, our heads or whatever. Spain have to be at the World Cup, we aren’t considering not being there.”

Spain were far more direct after the break but still struggled to negotiate their way past Georgia’s disciplined defense, only getting the goal they craved when Olmo took matters into his own hands with his long-distance strike.

Luis Enrique added: “In terms of how I felt, maybe it was the game where I’ve suffered the most, but the joy of the finale made the movie worthwhile. I’ll take suffering if we win in the end, but it’s true that the spectre of qualification getting complicated was there.

“And I still think it’s complicated. This was the game where I’ve suffered the most.”