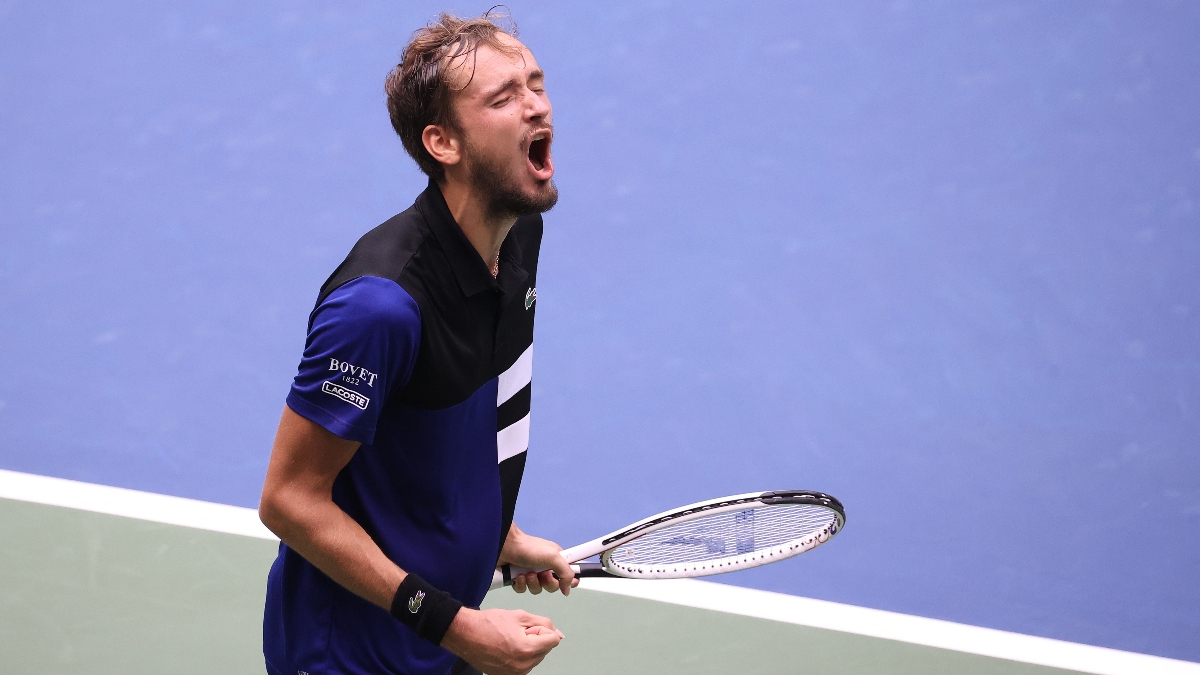 Hobbled by cramps, top-ranked Daniil Medvedev limped through the final few matches Sunday to edge Alexei Popyrin 7-6 (3), 6-7 (7) 6-4 in the third round at the Miami Open.

Medvedev failed to convert three match points in the second set after taking a 5-2 lead. An hour later, the Russian was still playing, and on a humid afternoon with temperatures in the mid-80s, he paid the price.

He broke in the final set for a 4-3 lead, but by then he could barely walk, much less run. To keep the rallies short, Medvedev started hitting high-risk shots, and made enough of them to close out the 2½-hour match.

When Popyrin misfired on a backhand on the final point, Medvedev shuffled to the net with a smile that turned into a wince. He’ll have two days to recover before his fourth-round match.

John Isner never had a break-point opportunity and won anyway, which is the kind of feat typical of Isner. The big American with the big serve hit 16 aces and edged No. 11-seeded Felix Auger-Aliassime 7-6 (5), 7-6 (5).

That made it four consecutive sets Isner has won by tiebreaker versus Auger-Aliassime in Miami. The score when they met in the 2019 semifinal was 7-6 (3), 7-6 (4).

In the rematch, neither player had a break point, which meant the outcome was determined by a handful of shots.

“I enjoy it when I win,” he said. “It’s frustrating when you lose a match that comes down to point here or there, and a lot of times that’s how it is for me. I could very easily be talking now as a loser and be going home.”

Said Auger-Aliassime: “I guess 6 and 6 is a pretty common score against John. It slipped out of my hands. It was a close one.”

Isner, who won the biggest title of his 14-year tour career in Miami in 2018, took the court at midday in sunny, warm, muggy weather — the sort that seems to bring out his best tennis.

“These conditions are good for me,” he said. “I knew at the very worst I was going to be able to make it a close match and make it come down to a few points, and that was the case.”

In the second tiebreaker, the 6-foot-10 American bent down to hit a deft drop volley for a winner to make it 5-all. With Auger-Aliassime serving at 5-6, Isner prevailed in a 13-shot exchange — a rarity in the serve-dominated match — when the Canadian sailed a forehand long.

Only five other rallies lasted 10 shots or more. “One of the best points I played all match,” Isner said.