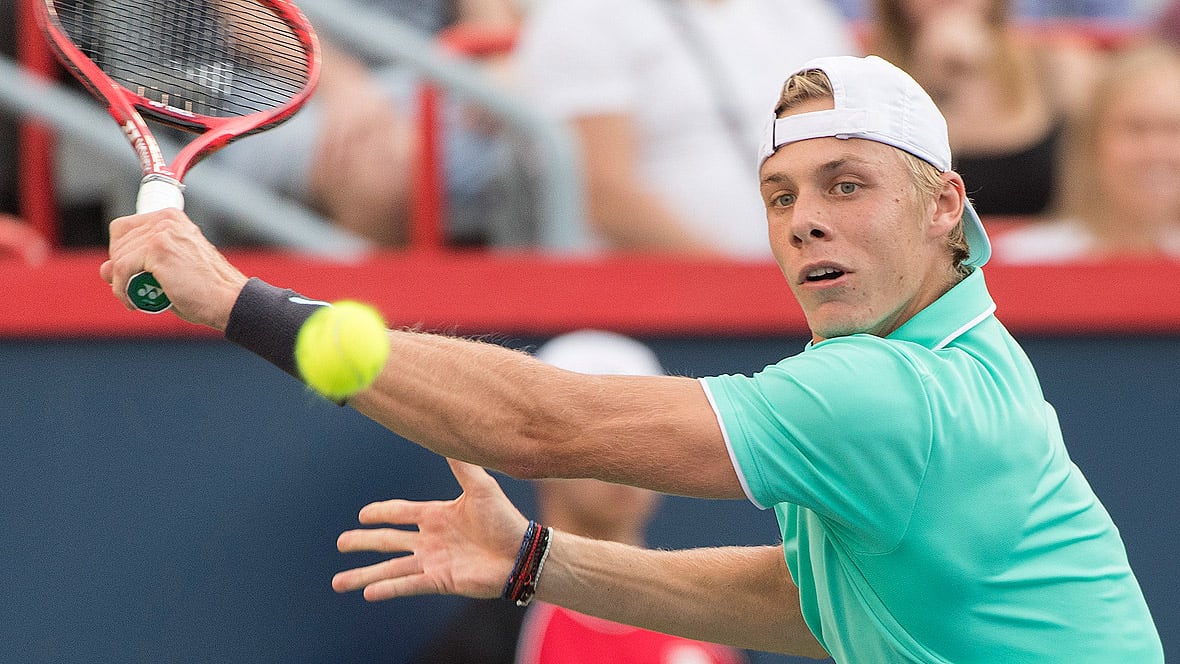 Canada’s Denis Shapovalov cruised into the second round of men’s singles competition at the U.S. Open with a 6-2, 6-2, 6-3 victory over Argentina’s Federico Delbonis on Tuesday in New York.

Shapovalov did not face break point and broke Delbonis five times on 11 chances in a game that lasted one hour 48 minutes.

The Canadian outscored Delbonis 38-11 on winners and complemented his service game by claiming nine of 11 net points.

Shapovalov will face Roberto Carballes Baena of Spain in the second round.

Two weeks ago, the 22-year-old Shapovalov dropped a tightly contested match to Benoit Paire of France at the Western and Southern Open in Cincinnati, where he struggled with his serve at times.

Next up for the Canadian is Ilya Ivashka of Belarus.

Novak Djokovic has started his bid to make history at the U.S. Open with a four-set triumph over Danish teenager Holger Vitus Nodskov Rune.

The top-seeded Djokovic is trying to complete the first calendar-year Grand Slam in men’s tennis since 1969 and collect a record-breaking 21st major singles championship.

Rune is an 18-year-old who is ranked 145th and qualified at Flushing Meadows. Rune started having problems with cramps in the third set.