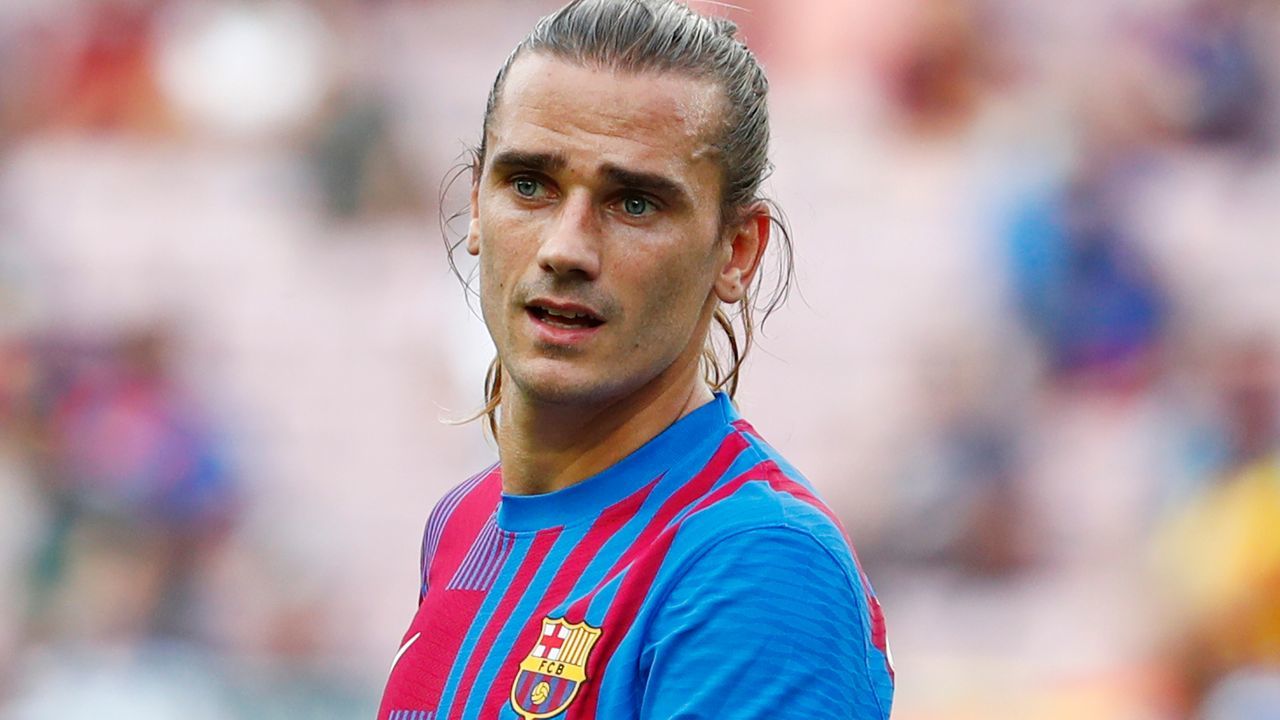 Antoine Griezmann has rejoined Atletico Madrid from Barcelona on a season-long loan, the LaLiga clubs announced on Tuesday.

The loan deal is worth €10 million ($12 million) with an option from Griezmann to stay permanently for around €40m ($47m), multiple sources have told ESPN.

Atletico stated that the deal is an initial one-year loan, with an option to extend for a further year, renewable by either party.

Barca’s statement also added that the deal contained an obligation to permanently sign Griezmann, with the Madrid-based side also paying the player’s wages in full.

The France international, 30, left Atletico for Barca in a €120m deal in 2019, but he struggled to live up to expectations at Camp Nou, scoring 22 league goals in two seasons.

Barca will replace Griezmann with Sevilla FC striker Luuk de Jong on loan, the Catalan club confirmed in a statement.

De Jong, 31, arrives at the Nou Camp on a season-long loan deal with the option of a permanent transfer after two seasons in Sevilla to the 2020 Europa where he scored 10 goals in 69 LaLiga appearances.

Coach Ronald Koeman, who wanted a No. 9 even prior to Griezmann’s departure, was in favor of pursuing a deal, but sporting directors Mateu Alemany and Ramon Planes were not convinced.

However, as the clock ticked down Tuesday, Barca opened negotiations with Sevilla with the aim of bringing in the Dutch striker to add depth to their attack, which has now lost Lionel Messi and Griezmann this summer.

Barcelona’s precarious financial situation left them willing to consider letting Griezmann go, with his salary understood to be around €20m per year.

ESPN had reported that the club were previously willing to entertain swap deals involving Griezmann for either Saul Niguez or Joao Felix this summer.

Instead, Saul leaves Atletico for Chelsea on a season-long loan which includes a permanent option afterward.

Barca tried to sign Felix on loan Monday and returned on Tuesday with a proposal that would have seen Griezmann move in the other direction. However, Atletico’s board were unwilling to let the Portugal forward leave.

Griezmann first joined Atletico in the summer of 2014 from Real Sociedad. He attained the Europa League with them in 2018 — the same year he helped France win the World Cup — and is fifth on the list of the club’s all-time scorers with 133 goals in five seasons.

Griezmann’s move to Barcelona was a drawn-out, controversial transfer saga. He came close to joining in 2018 before deciding to stay at Atletico — a process chronicled in a documentary produced with the player’s involvement called “The Decision” — before eventually completing the switch in July 2019.

Atletico were also angered by the revelation that talks with Barca had started in March that year, while Griezmann was still competing for trophies with Atletico.

When Griezmann returned to the Wanda Metropolitano with Barca in December 2019, a section of Atletico Madrid fans chanted “Griezmann die” while a banner was also unfurled during the match with the words, “You wanted to have a name, and you forgot to be a man.”

De Jong is a surprise option to replace Griezmann, with sources telling ESPN that the club’s priority in the final days was purely to reduce the wage bill.

Even with Messi’s move to PSG, president Joan Laporta explained that salaries still accounted for 95% of the club’s revenue, while gross debt had risen to €1.135 billion. LaLiga’s spending cap obliges clubs to spend around 70% of their income on wages.

In addition to Griezmann, Barca also let go Ilaix Moriba and Emerson Royal on Tuesday. Moriba joined RB Leipzig for an initial €16m and Emerson moved to Tottenham for €25m, easing some of the club’s financial problems.