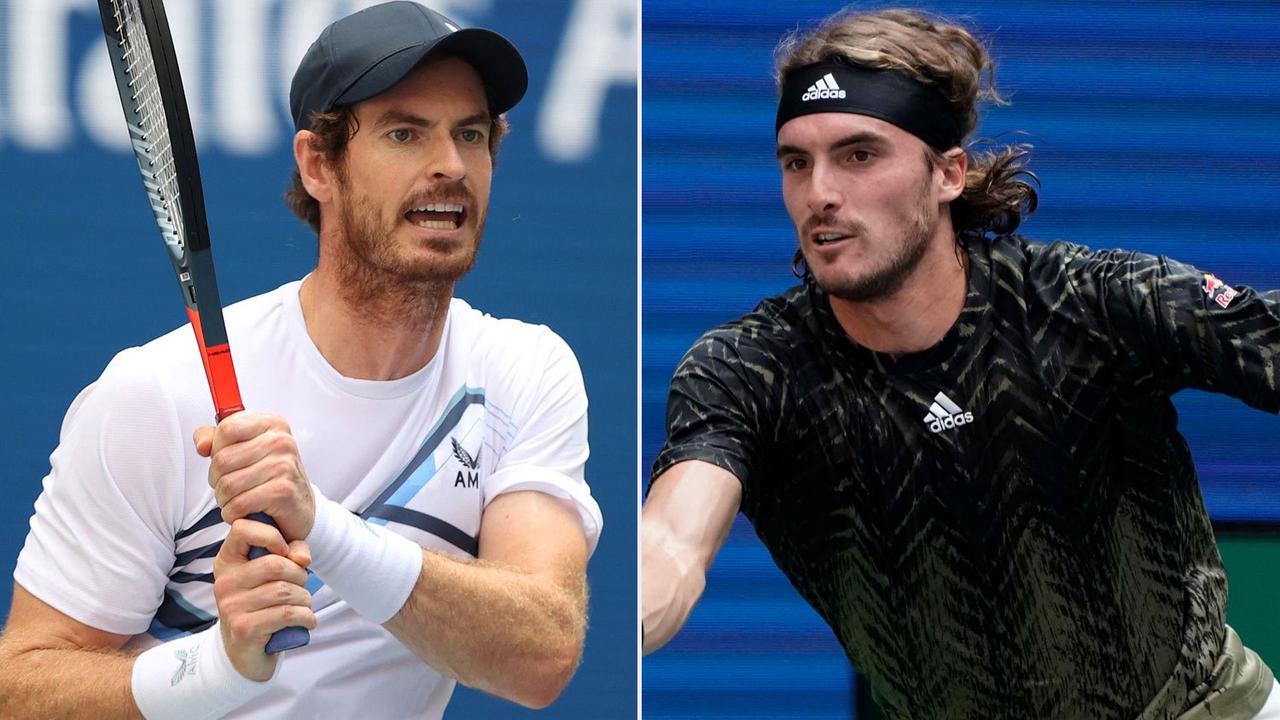 Andy Murray tumbled to the ground on his artificial hip, losing his balance in sweat-soaked shoes and leaving splotches on Arthur Ashe Stadium’s blue court from his soggy clothing.

Murray muttered to himself, as he often does. He yelled toward his team about needing new footwear. Soon enough a second-set tiebreaker had slipped away, too, versus No. 3 seed Stefanos Tsitsipas.

In an entertaining contest featuring plenty of the smart play, hard hustling and clutch serving that carried Murray to the US Open championship nearly a decade ago — and a pair of hip operations — he did not have quite enough to come out ahead after almost five hours in high heat and humidity on Monday.

Rattled by a lengthy delay before the final set, Murray wound up losing to the much younger Tsitsipas 2-6, 7-6 (7), 3-6, 6-3, 6-4 as the year’s last Grand Slam tournament got underway with fans in the stands a year after they were banned because of the coronavirus pandemic.

With exits for Murray and 2014 champion Marin Cilic, who stopped playing because of an injury in the fifth set versus Philipp Kohlschreiber, the only man left in the draw after Day 1 with even one Grand Slam title is No. 1 Novak Djokovic.

Spectators were let in at 100% capacity and some complained of delays, which the U.S. Tennis Association said were largely caused by the time it took to inspect bags at the entry gates.

He will debut Tuesday night as he tries to break a tie for the men’s mark of 20 majors with Roger Federer and Rafael Nadal and become the first man since Rod Laver in 1969 to complete a calendar-year Grand Slam.

The USTA added that checking for proof of vaccination required to attend the event this year went smoothly and did not contribute in a significant way to long lines.

And those lucky enough to be in Ashe rose and roared in unison when Murray smacked a forehand winner to claim the third set. He raised his right hand overhead and leaned forward as he shouted, “I’m not … done! Let’s go!”

But it was Tsitsipas who wasn’t done. He got treatment from a trainer on his left foot after that set, then headed off court following the fourth for a bathroom break that bothered Murray.

After he got broken right away and fell behind 2-0 in the fifth, Murray complained aloud, saying: “It’s never taken me that long to go to the toilet. Ever.”

Ultimately, the physical nature of the match versus the 23-year-old French Open finalist Tsitsipas, with the humidity at 70% and the temperature in the low-80s Fahrenheit (high 20s Celsius), required a bit more than the 34-year-old from Scotland could give. He is a former No. 1 who won Wimbledon twice in addition to his 2012 title in New York, but he has been sidetracked by a series of injuries.

Given his age and health history, it was remarkable that Murray was out there at all, let alone coming close to becoming, at No. 112 this week, the lowest-ranked man to upset an opponent in the top three at the US Open since the computerized ATP rankings started in 1973.

After a third-round exit at Wimbledon early last month, Murray sounded rather glum about his future, frustrated that his body wasn’t well enough to let him to practice as much as he’d like to be properly competitive. On Saturday, Murray opined that taking on Tsitsipas would be “a good, good test for me to see kind of where my game’s at.” He seemed to pass that test. He much rather would have won.