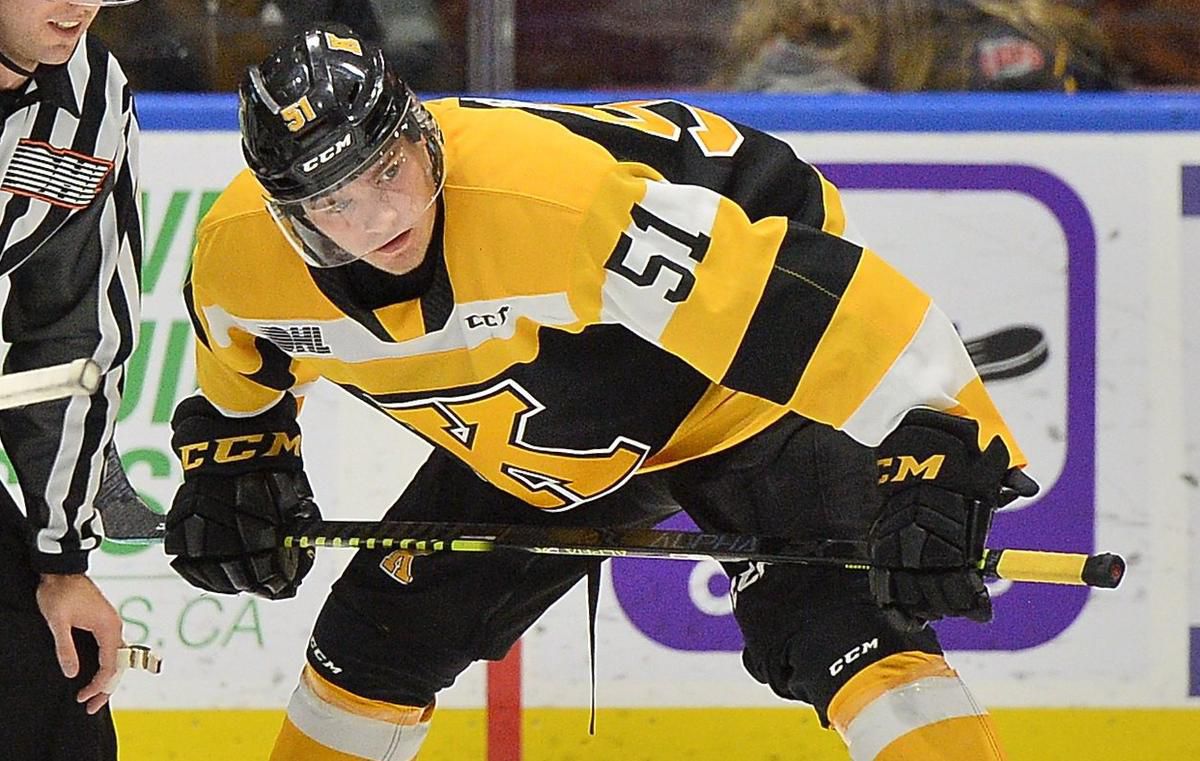 Shane Wright is well aware of the names to come before him.

Wayne Gretzky, Sidney Crosby and Connor McDavid are among the 16 year olds to suit up for Canada at the world junior hockey championship.

Wright is going to do everything in his power to join that list.

“It’s definitely crossed my mind,” the phenom said on a video conference call with reporters Wednesday. “If I’m lucky enough to make the team it would be really special.

“And really an honor for me to be in the same category as those guys.”

A centre for the Ontario Hockey League’s Kingston Frontenacs, Wright was one of 46 players named to his country’s extended selection camp that started this week and runs through Dec. 13 in Red Deer, Alta.

The Canadians, who acquired gold at last year’s under-20 tournament in the Czech Republic and have topped the podium a record 18 times, are scheduled to open the tournament Boxing Day versus Germany in Edmonton. The city is hosting the 10-team event with a similar bubble setup to the NHL’s summer restart that managed to keep COVID-19 at bay, pending federal government approval.

Granted exceptional status to play junior a season early at 15 years old — following the likes of McDavid, John Tavares and Aaron Ekblad in the OHL — Wright registered 39 goals and 66 points in 58 games as a rookie in 2019-20 before the novel coronavirus pandemic forced an abrupt end to the schedule.

Like most of the players vying for a spot on Canada’s roster, he hasn’t played a competitive game since March.

But Wright, who said participating at these world juniors was a goal he set before last season, took part in Hockey Canada’s virtual summer camp and trained hard during the long layoff to add more muscle on his six-foot, 190-pound frame.

And while he’s three years younger than most of the players inside the national program’s bubble in Red Deer, that’s basically been par for the course throughout his hockey journey.

“I wasn’t too nervous walking in … mostly excitement.”

While his talents are jaw-dropping and he already sits as the favorite to go No. 1 at the 2022 NHL draft, Wright faces stiff competition for a roster spot. Canada’s forward group incorporates no fewer that 20 first-round picks, and Alexis Lafreniere — the top selection in 2020 and the MVP of last year’s world juniors — isn’t part of the contingent as things stand.

If he does make the team, Wright would join a group that includes Gretzky, Crosby, McDavid, Eric Lindros and Jason Spezza to don the red and white at just 16. “It’s pretty cool being a young player named to this team,” Wright said. “No matter what age you are, it’s an honour being named to this team, even just being invited to the camp.”

The Canadian government requites a comprehensive public health plan and written support from local health officials. The plan is being reviewed by the Public Health Agency of Canada.

Canadian head coach Andre Tourigny stated after the initial roster was revealed that including the youngster was a no-brainer.

“He’s a hell of a player,” Tourigny said. “That’s why it was important to have him.”