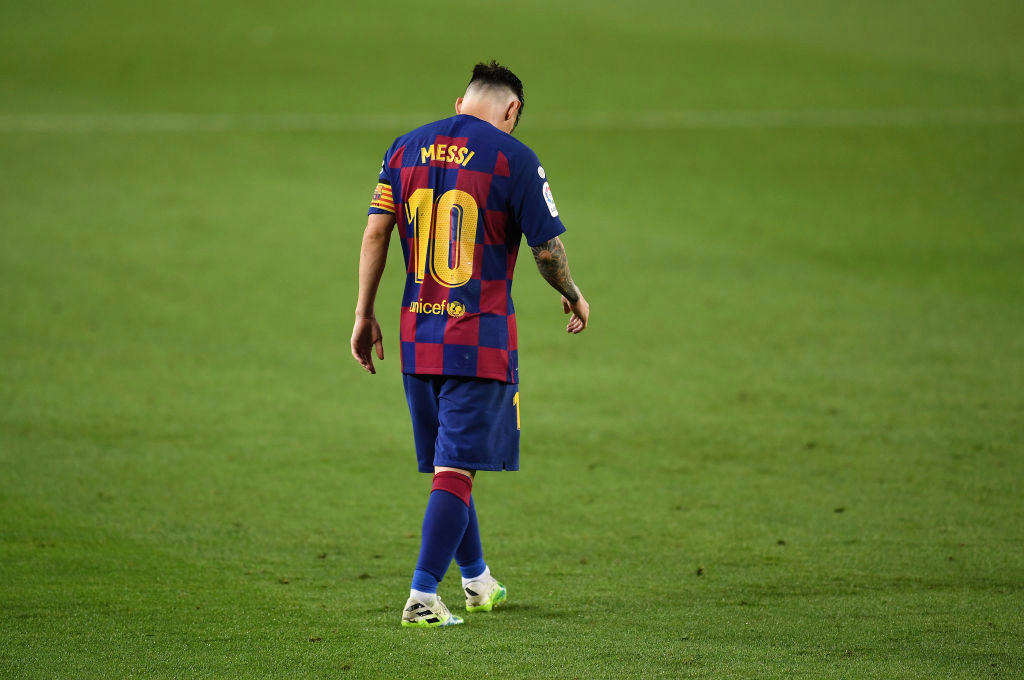 Lionel Messi says he’s fed up with being blamed for Barcelona’s problems after Antoine Griezmann’s former agent accused him of running a “regime of terror” at the club.

Messi, 33, was met by a pack of journalists at El Prat airport in Barcelona on Wednesday upon his return from international duty with Argentina.

He was asked what he thought about Eric Olhats’ claim last week that he had too much control at Barca and had failed to help accommodate Griezmann at the club.

“I am tired of always being the problem with everything that goes on at this club,” Messi stated. Griezmann has always maintained that his relationship with Messi is good and sources close to the France international say it has been years since he spoke with Olhats.

The two combined to good effect on the pitch in Barca’s final game before the international break, with Messi’s dummy setting up a goal for Griezmann.

But Messi’s latest comments will only increase speculation that he could leave Barca when his contract ends next summer.

The Argentina forward wanted to leave in August after the 8-2 defeat to Bayern Munich, with sources telling ESPN that Manchester City had sounded out a deal, but Barca wouldn’t let him go.

Speaking in September, Messi, who has been at Barca for 20 years, stated his main problem was with former president Josep Maria Bartomeu and his management of the club over the past few years.

But Bartomeu resigned in October, paving the way for his successor to open talks with Messi over a new deal.

A new president will not be elected until late January and their first task will be to convince Messi that they can build a winning team around him for the final years of his career.

As things stand, Messi will be able to negotiate a pre-contract with any club in January and can leave for free next June.

“When you are lucky enough to have the best player in the world in your team, you need to retain that talent,” stated Victor Font, one of the candidates for the presidency, in an interview with Reuters.

“If Messi goes to a competitor we will not find an alternative easily as there is no alternative to Messi. So that’s why retaining him in the short term is critical.” Messi returned to Spain on Wednesday following Argentina’s draw with Paraguay and victory over Peru in qualifying for the 2022 World Cup in Qatar.

He will return to training with Barca on Thursday ahead of Saturday’s game versus undefeated Atletico Madrid, who will be without his close friend and former teammate Luis Suarez after he tested positive for the coronavirus.