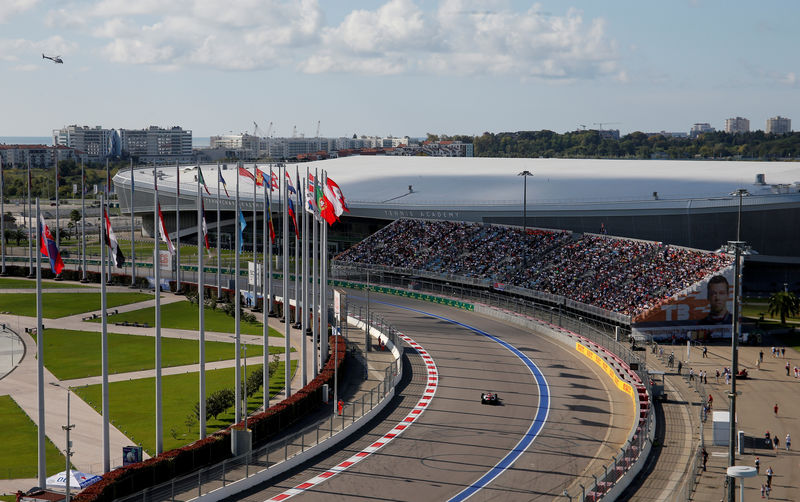 Russia’s Formula One Grand Prix in Sochi will not be affected by the country’s four-year World Anti-Doping Agency (WADA) ban for tampering with doping tests, the race’s promoters said on Monday.

The sanctions include a four-year ban on Russia hosting major sporting events.

“The contract for holding the Russian round of the Formula One World Championship was signed in 2010, long before the events investigated by WADA, and runs until 2025,” said ROSGONKI, a company that organizes the F1 race in Sochi.

They pointed out that the race was entered on next year’s calendar and said it would be “legally and technically impossible” to re-assign it elsewhere.

“We are confident that the Formula One Russian Grand Prix will be held in 2020 and in the following years and invite everyone to Sochi — the ticket sales are in full swing,” the statement added.

The race has been held since 2014 against a backdrop of Sochi’s Winter Olympic facilities — Games now notorious for state-sponsored doping cover-ups.

Russia has been embroiled in doping scandals since a 2015 report commissioned by WADA found evidence of mass doping in Russian athletics.

The WADA executive committee acted on Monday after concluding that Moscow had planted fake evidence and deleted files linked to positive doping tests in laboratory data that could have helped identify drug cheats.

The ban sees the country stripped from the Olympics next year, which Putin insists goes in opposition to the Olympic charter.

“Any punishment should be individual, and should be linked to what has been done by one person or another,” Putin said in Paris.  “A punishment cannot be collective, and apply to people who have nothing to do with certain violations.

“If someone takes such a decision about collective punishment, I think there is every grounds to suppose that the basis for such decisions is not a care about the purity of international sport, but political considerations which have nothing to do with the interest of sport or the Olympic movement.”