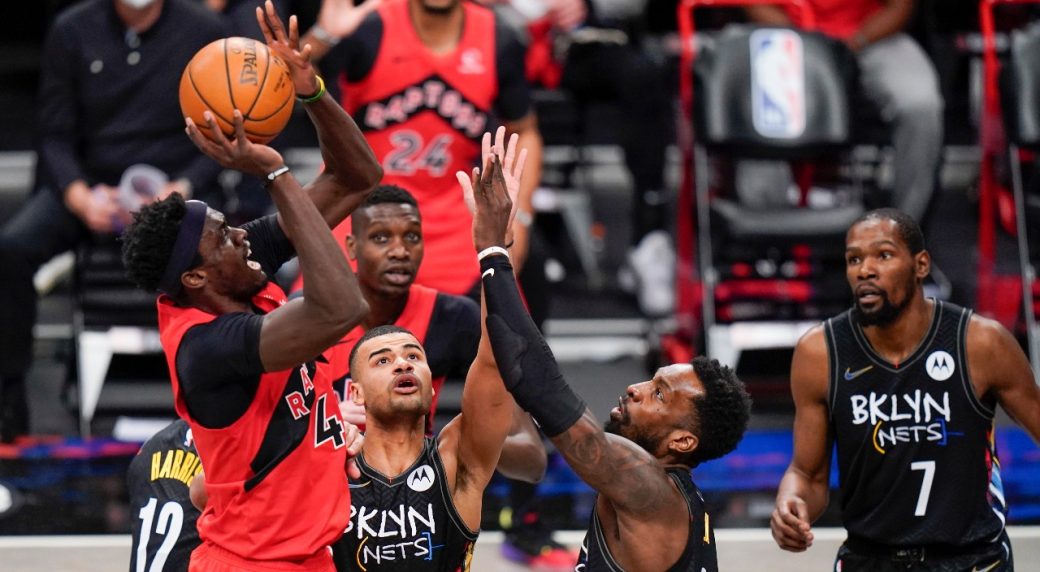 Kevin Durant scored seven of his 17 points in the fourth quarter, Jeff Green had 22 points and the Brooklyn Nets defeated the Toronto Raptors 116-103 Tuesday night and clinched a playoff spot.

Durant, who was playing his second match after returning from a thigh injury, added 10 rebounds in 33 minutes for his eighth double-double of the season. Durant hit a 3-pointer with 1:47 remaining and glared at the Toronto bench after putting his team up 111-101.

Kyrie Irving concluded with nine points, six rebounds and four assists while making just 3 of 13 shots. But the other seven Nets who played all finished in double figures on the night Brooklyn became the first Eastern Conference team to lock up a post-season berth.

The Nets won for a third consecutive time and the fourth time in five games to prevent Toronto from pulling off the season sweep.

The Raptors, who were led by Kyle Lowry’s 24 points and six 3-pointers, had their five-game home winning streak end. One of those triumphs was a 114-103 defeat of the Nets in Tampa last week.

Newly signed guard Mike James scored all of his 11 points in the fourth quarter as the Nets rallied from an 83-80 deficit to start the final period. Blake Griffin scored 17 points off the bench, while Joe Harris added 16 points and four 3-pointers. Brooklyn shot 48.2 per cent, hit 18 3-pointers and handed out 30 assists.

Toronto was in action less than 24 hours after defeating Cleveland 112-96 in Tampa on Monday. Back-to-back sets of games have been a problem all season for the Raptors, who are 2-12 on the second night of consecutive games.