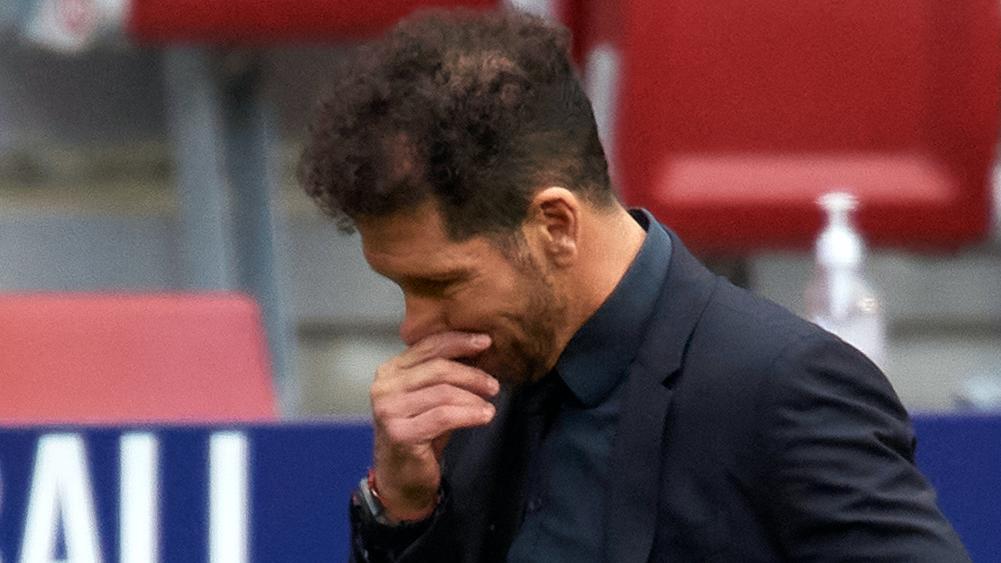 La Liga leaders Atletico Madrid’s title bid was de-railed again as they were defeated 2-1 at Athletic Bilbao on Sunday, offering Barcelona the opportunity to go top of the table next week.

Alex Berenguer put the hosts ahead in the ninth minute and they missed a slew of chances to increase their lead before a Stefan Savic header pulled Atletico level in the 77th.

Diego Simeone’s pacesetters went for the winner but were caught out down the other end when Athletic defender Inigo Martinez headed home from a corner in the 86th minute.

“People ask me what the most important factor will be and it’s obvious to me that it will be the mental factor,” Simeone stated after the match.

“We did not play the way we wanted to in the first half, it was totally different in the second, and the team that manages that emotional balance the best will have the best chance of winning the title.”

Atletico still lead the table on 73 points but third-placed Barca, on 71 after defeating Villarreal 2-1 earlier on Sunday, can go clear at the top if they beat Granada on Thursday.

“We’re devastated,” said Atleti captain Koke. “We looked to get back in the game in the second half by any way possible, we drew level then they got the winner from a set piece.

“We just have to keep going and try to win our next game, we badly need to do that.”

Champions Real Madrid are second on 71 after being held to a 0-0 draw at home to Real Betis on Saturday. Atletico visit struggling Elche next before a blockbuster game away to Barcelona on May 8.