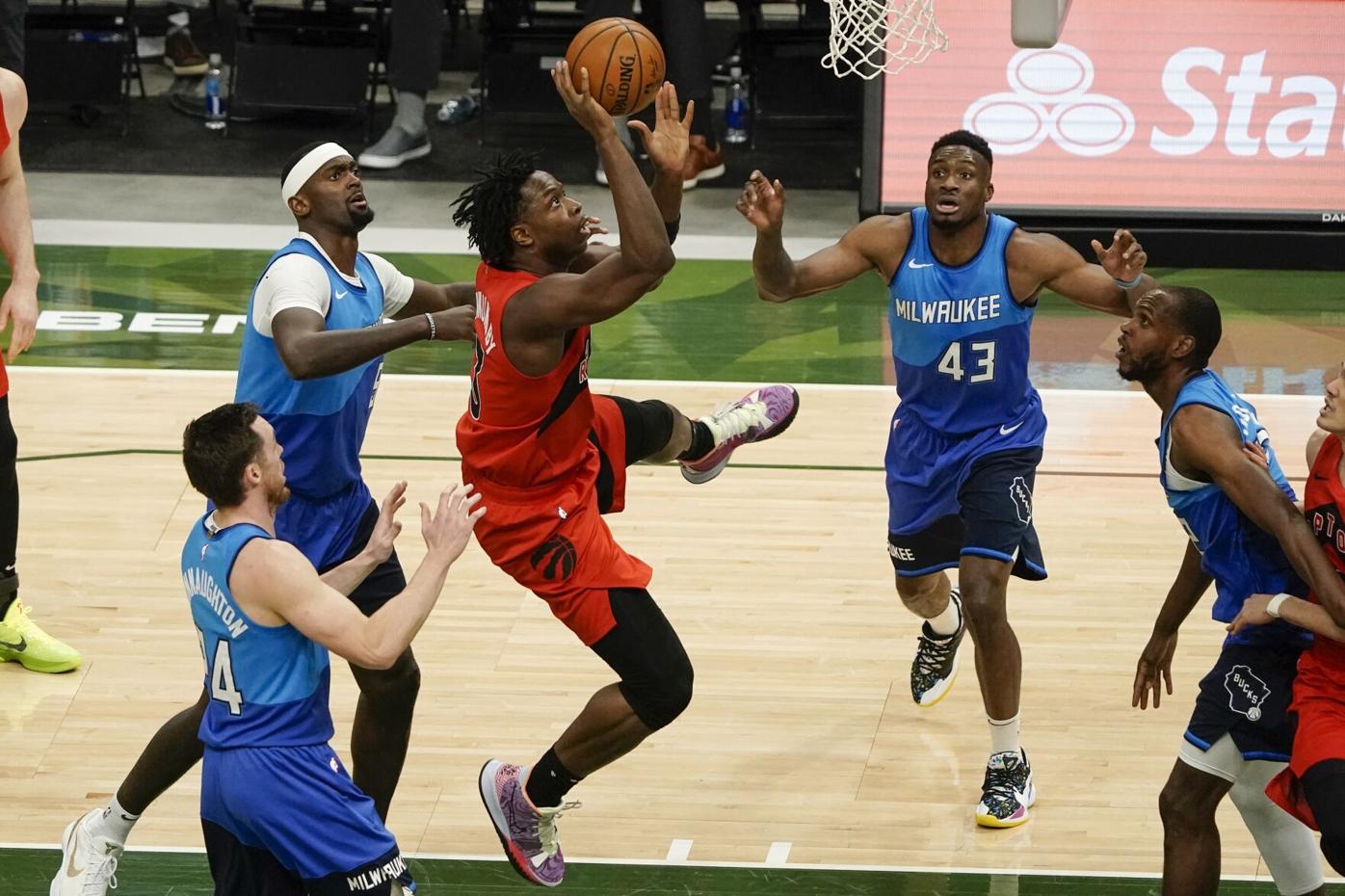 Powell matched a season high with 29 points, Pascal Siakam had 27 and the Raptors defeat Milwaukee 110-96 on Thursday night to hand the Bucks their fifth straight loss.

“I thought we did a great job as a team of moving the ball and playing hard on defense to open up our transition so we could get easy looks,” Powell said.

Milwaukee’s entire slide has come without guard Jrue Holiday, who has missed six consecutive games due to health and safety protocols.

“When things go bad, that’s where you get better… that’s where you improve,” said Milwaukee’s Giannis Antetokounmpo, who had 23 points, 12 rebounds and eight assists before fouling out. “You can turn the other way and just go home and quit, or you’ve just got to keep fighting. We might lose 10 in a row. I don’t know. I don’t know what the future holds. But I know that we’ve got to have good thoughts, and behind our actions, we’ve got to have effort.”

Toronto wasn’t at full strength for this one either and still defeated the Bucks for the second time in three nights.

The Raptors beat the Bucks 124-113 on Tuesday despite losing Kyle Lowry to a sore left ankle early in the third quarter. Lowry didn’t play at all Thursday, though the Raptors said it was due to a sprained left thumb rather than his sore ankle.

After trailing by as many as 23, the Bucks got the margin down to 10 on a number of occasions but couldn’t get any closer. “The competitiveness, the spirit was actually better,” Bucks coach Mike Budenholzer said. “I think guys were covering for each other. Guys were scrambling. I know it’s (about) results. People are going to look and see another loss, but the togetherness, the competitiveness, the spirit was better tonight. We’ve got to build on that.”