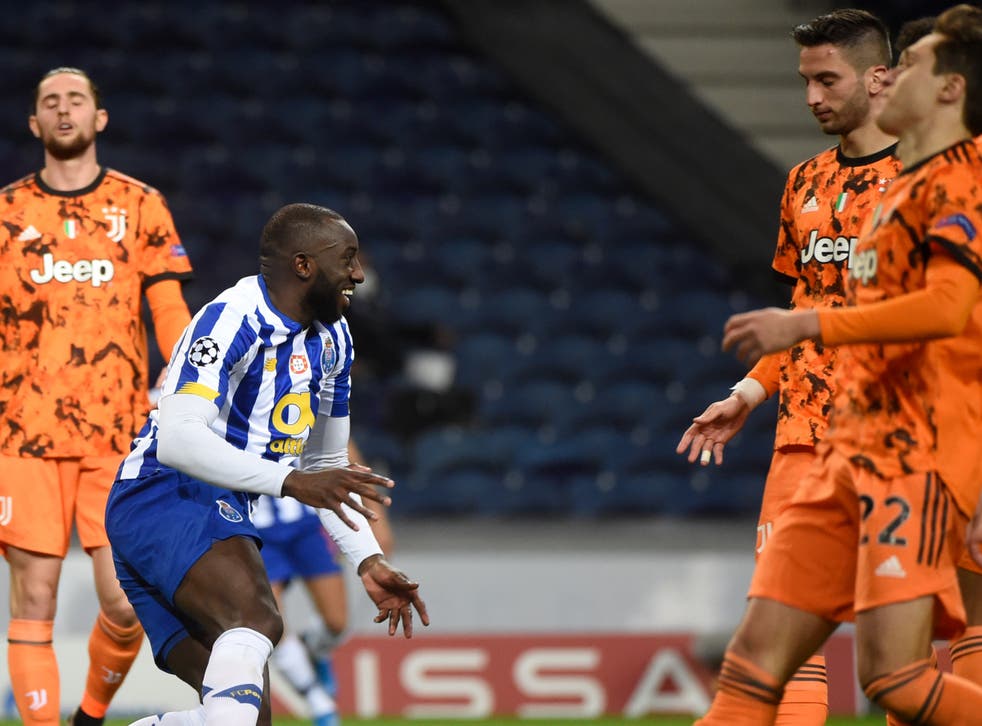 Goals from Mehdi Taremi and Moussa Marega propelled FC Porto to their first ever triumph over Juventus in the Champions League after they secured a 2-1 victory over the Italian champions in the first leg of their last 16 tie on Wednesday.

On a night when very little went Juventus’s way, Federico Chiesa’s late strike at least handed them a lifeline going into the return leg in Turin on March 9.

Taremi pounced on a sloppy back pass after 63 seconds to fire in the opener that left Juventus rattled as they failed to create any meaningful possibilities before halftime.

Things got worse for Andrea Pirlo’s side when Marega blasted in Porto’s second 19 seconds into the second half.

Juventus eventually mustered a response when Chiesa fired home a precious away goal with eight minutes left, but it was not enough to stop the 2004 champions from celebrating their first victory over the Italian club at the sixth attempt.

The winger’s strike ended Porto’s run of five consecutive clean sheets in the competition and leaves the tie wide open ahead of the return leg.

Juve impressed in the group stage by winning five games from six, including a 3-0 final day triumph at Barcelona.

But they got off to the worst start possible when Taremi anticipated Rodrigo Bentancur’s pass back to Wojciech Szczesny and slid in to shoot past the goalkeeper from close range.

Juve were visibly knocked off their stride by the aggression of Porto’s pressing and were almost caught out again when Szczesny cleared the ball straight to Sergio Oliveira, whose shot was deflected wide.

Matters were made worse for the Turin club when captain Giorgio Chiellini limped off with injury after 34 minutes.

Porto were even quicker out of the blocks in the second half as Marega got on the end of a Wilson Manafa cut-back to fire home within seconds of the restart.

Szczesny stuck out a hand to stop an Oliveira shot from making it three, but the visitors finally came to life in the final 20 minutes.

Agustin Marchesin had to scramble to palm away a deflected Chiesa shot, before the Italy international raced onto a pass to cushion a finish into the corner.

The goal made Chiesa the first Juventus player other than Cristiano Ronaldo to score a knockout stage goal in the Champions League since Blaise Matuidi in April 2018.

Ronaldo, the competition’s all-time top scorer, was largely kept quiet on his return to his home country, but he had appeals for a penalty waved away in stoppage time after going down under a challenge.

Pirlo was left frustrated that his side gifted Porto an early lead and said it immediately changed the tempo of his side.

“We prepared for the game well, differently from how it was during the match,” Pirlo told Sky Sport Italia.

“That wasn’t the attitude that we wanted to impose, but when you go down a goal after a minute it gets harder.

“We knew that they close up the spaces very well, it was the match that they wanted to play, and we handed it to them on a silver platter.”

Porto coach Sergio Conceicao said his side will not send his team to Italy simply to hold onto their slender advantage in the second leg.

“We need to be rigorous defensively, it’ll be a different game,” Conceicao said.

“Juve need to perform a comeback, but that doesn’t mean we will go there just to defend. We’ll see who will play, if the characteristics of the players are different.”