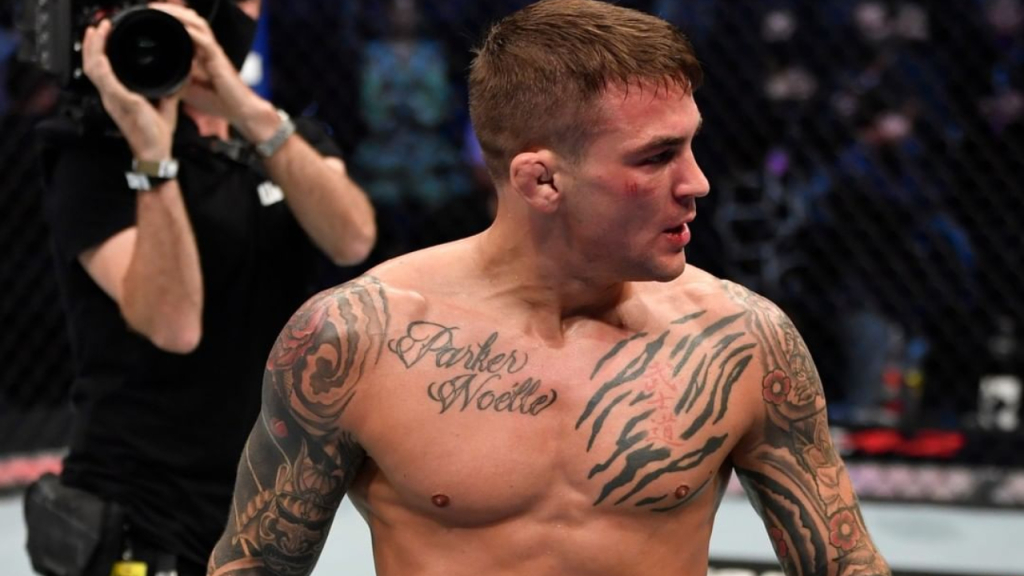 Many felt like Dustin Poirier was going to be nothing more than a body for Conor McGregor in the main event of Saturday’s UFC 257.

Poirier had other plans in mind, using damaging calf kicks to soften McGregor up before finishing him with a barrage of punches to score a TKO at the 2:32 mark of the second round.

“I’m happy,” Poirier said in his post-fight interview. “I put in the work. First off, I want to say Conor took this result very professionally. He’s a pro. Nothing but respect. We’re 1-1. Maybe we have to do it again.”

Poirier set the tone for how the fight would play out in the opening moments by launching a leg kick to McGregor’s left calf. Moments later, Poirier changed it up and secured a takedown. But McGregor made it back to his feet and got into a groove by striking with clean shots. Poirier wasn’t deterred. He followed his plan and kept going after McGregor’s calf.

McGregor started the second round with a stinging left hand that rattled Poirier. The former interim lightweight champion shook it off and went right back to battering McGregor’s calf with kicks. McGregor’s calf was very red and he was hardly able to move. His shots didn’t have as much snap due to not being able to put all of his weight into his punches.

Seeing he had McGregor in a vulnerable state and weakened, Poirier stunned McGregor with a left hand. Poirier continued the assault and dropped McGregor with a right hook. Poirier uncorked a series of shots to pull off the biggest victory of his career.

“We knew (McGregor’s) counter-twos was some of the best in the game,” Poirier said. “But I just don’t give f—k. I’m here to win.”

For McGregor (22-5), it is his second loss in his last three fights, and he is now 1-2 competing at 155 pounds. He gave Poirier all the credit for his performance. McGregor also conceded that he needs more cage time to compete versus the best at 155 pounds.

“It’s hard to overcome inactivity, and that’s just it,” McGregor said in his post-fight interview. “The leg kicks were good. That low calf kick was very good. The leg was dead, and I just wasn’t as comfortable as I needed it to be. But Dustin’s some fighter.

“I put in the work,” McGregor added. “I’m proud of my work. I would have liked to represent my team better. We’ll get to go again, and that’s it. I’m gonna go with my kids in the hotel and chill and regroup.”

McGregor fought only one time in 2020.

He said during the buildup to UFC 257 that he’d compete at least three times in 2021. While he suffered a setback Saturday, McGregor vowed he would return this year.

“Of course, I need activity,” McGregor admits. “You don’t get away with being inactive in this business. I’ll take my licks. 1-1 Dustin, good man. It’s a tough one to swallow.”

It is unknown what is next for Poirier (27-6, one no contest) because of the unclear status of lightweight champion Khabib Nurmagomedov, who says he’s retired. Still, UFC president Dana White is trying to persuade him into one more fight.

If Nurmagomedov stays retired, and ultimately the UFC strips him of the title, Poirier’s next outing will likely be versus Michael Chandler.