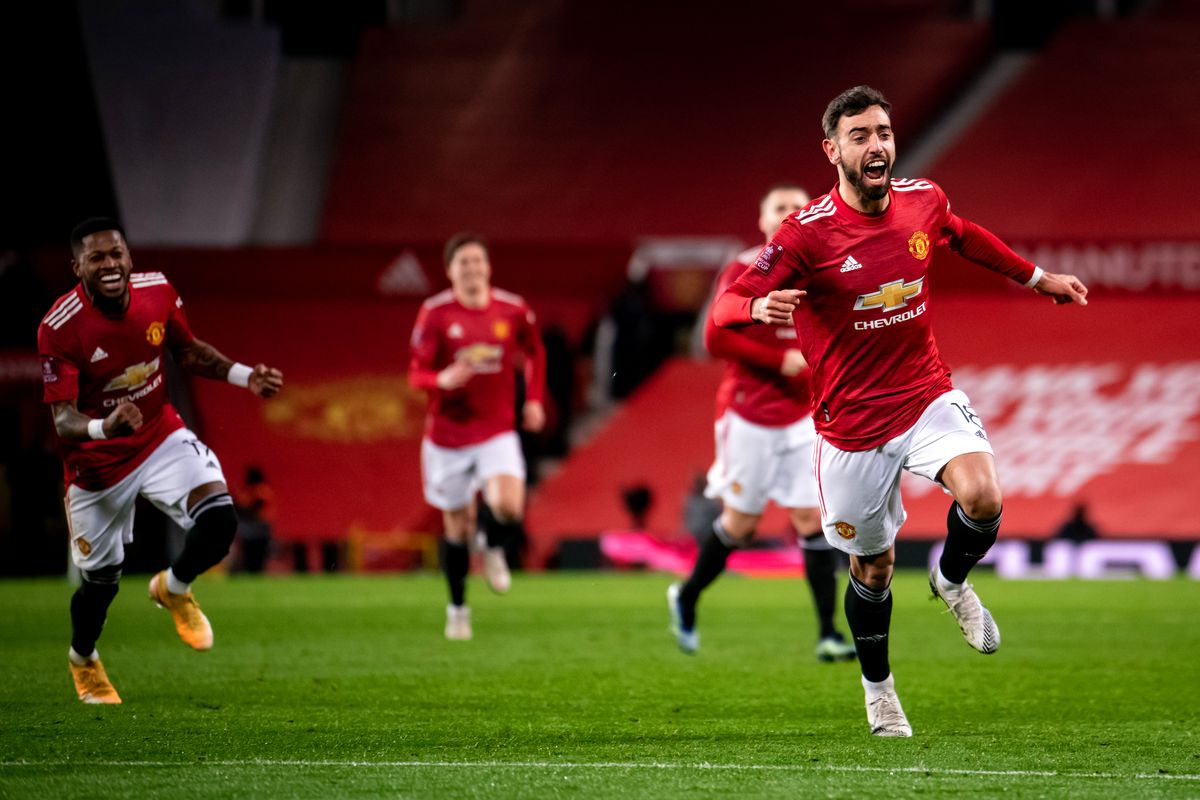 Bruno Fernandes scored a fabulous late free kick as Manchester United dumped Liverpool out of the FA Cup with a 3-2 victory on Sunday.

Marcus Rashford and Mason Greenwood also got themselves on the scoresheet as United booked their place into the fifth round of the competition.

Mohamed Salah scored his first goals at Old Trafford with a brace but Liverpool’s winless run goes on.

United will host West Ham United in the next round in February.

Greenwood had two possibilities early on but Alisson saved his first one and the second went past the post. Liverpool started to dominate possession afterwards and took the lead after 19 minutes when Roberto Firmino slipped in Salah who dinked the ball over Dean Henderson.

United equalized eight minutes later with a quick counter attack which saw Rashford clip a brilliant pass to Greenwood who finished into the bottom corner.

Paul Pogba had a great chance to put United ahead before the break but his free header from Luke Shaw’s corner went over the bar.

The hosts scored again three minutes after half-time when Greenwood set up Rashford to finish.

Liverpool responded well and Salah grabbed his second on 58 minutes after James Milner missed a sitter moments before.

Salah was close to hitting his hat trick on the break but his shot went straight at Henderson.

Fernandes came on as a substitute late on and scored the winner from a free kick with 12 minutes left on the game.

Edinson Cavani almost made it four in the 90th minute but his header clipped the post but United held on to win.

The search for form goes on for Liverpool, whose only victory in seven games since that seven-goal hammering of Crystal Palace came versus Aston Villa’s kids in the last round, and who have a meeting with Jose Mourinho’s Tottenham looming on Thursday.