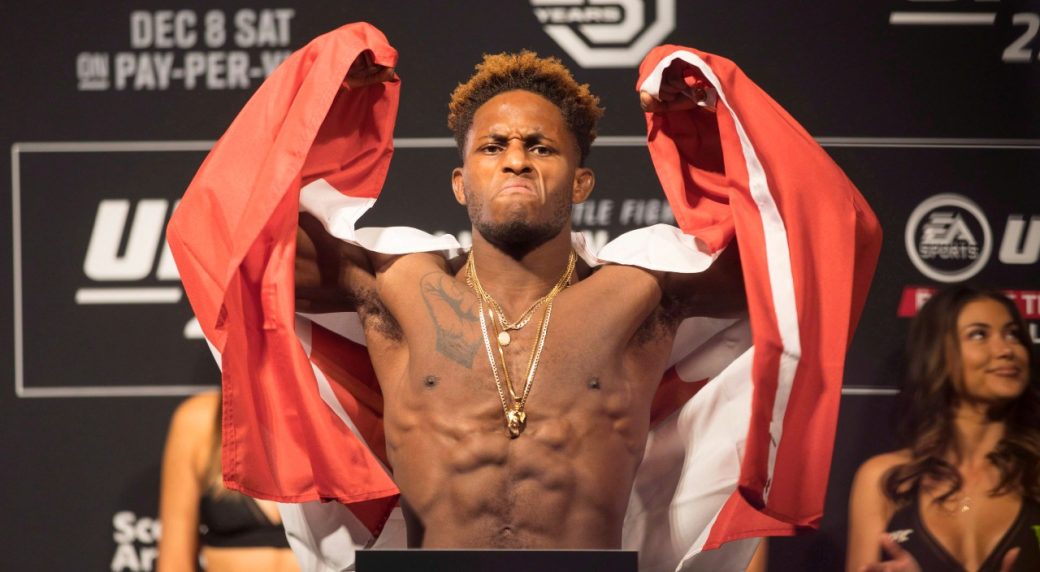 Featherweight (Mean) Hakeem Dawodu is one of four Canadians lined up for a UFC Fight Night card Feb. 5 in Las Vegas.

Dawodu (12-2-1) is coming off a loss by unanimous decision to Russian Movsar Evloev in June that snapped a five-fight win streak. The 30-year-old from Calgary came into the bout ranked 15th among 145-pound contenders but has since dropped out of the rankings.

Trizano (9-1-0) improved his UFC record to 3-1-0 with a decision victory over Ludovit Klein in May.

Barriault (13-4-0 with one no contest) has won two consecutive after opening his UFC account with three straight losses and a no-contest. The 31-year-old, who fights out of Quebec City, scored a unanimous decision in September over Dalcha Lungiambula, a native of the Democratic Republic of Congo who fights out of South Africa.

His no-contest started as a win over Poland’s Oskar Piechota in June 2020. But it was turned into a no-contest after the Canadian tested positive for ostarine. Barriault blamed the positive test on tainted supplements, with the UFC backing up his claim. While finding no evidence of intentional use, the U.S. Anti-Doping Agency handed him a six-month ban.

Njokuani (20-7-0) is a former Bellator fighter who won his way into the UFC with a TKO triumph over Brazil’s Mario Filipe de Souza in September on Dana White’s Contender Series.

Gordon (13-5-0), a 31-year-old from Calgary who now calls Toronto home, snapped a two-fight losing streak with a win via decision over Brazil’s Francisco (Sniper) Figueiredo in July. Bondar (14-2-0) carries an eight-fight win streak into his UFC debut.