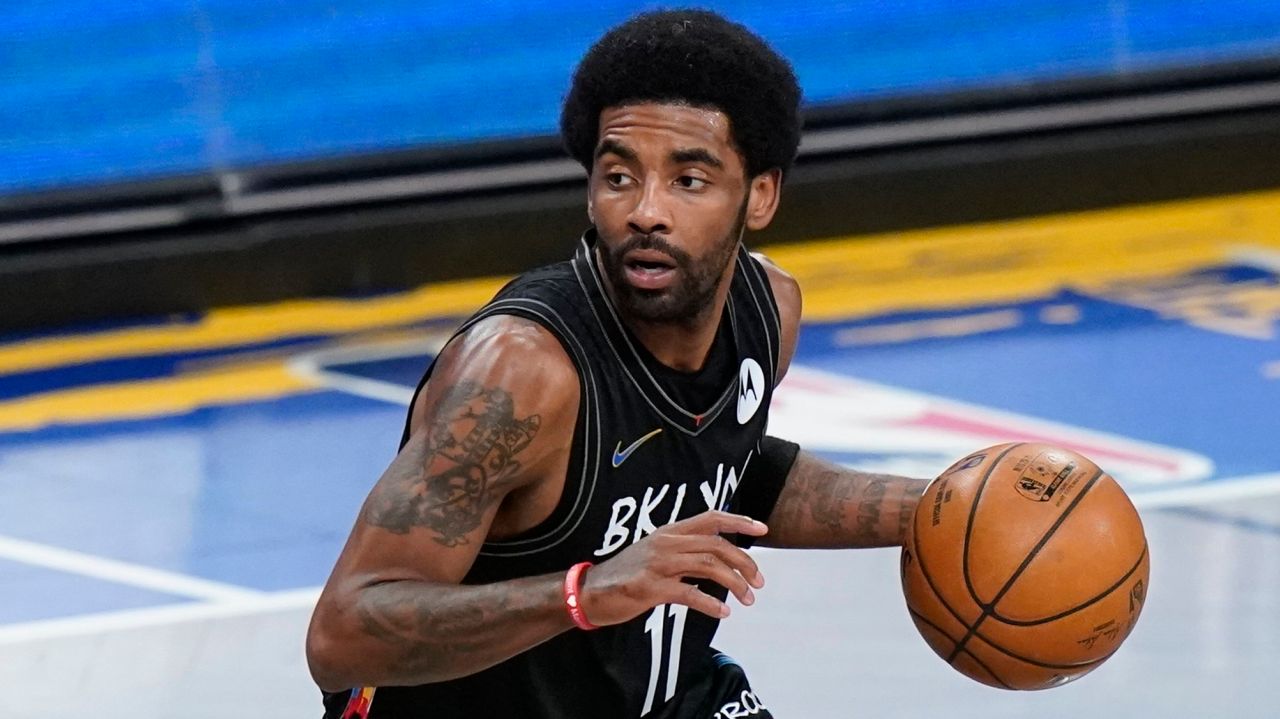 Kyrie Irving returned to Brooklyn Nets practice for the first time since the preseason and stated he understood why the team decided to have him be away due to New York City’s vaccine mandate.

“I understood their decision and respected it,” Irving told Nets beat writers after Wednesday’s practice in his first comments since Oct. 13. “I really had to sit back and think and try not to become too emotionally attached to what they were deciding to do. I had to really evaluate things and see it from their perspective, meaning the organization, my teammates.

“I really empathized and I understood their choice to say if you are not going to be fully vaccinated, then you can’t be a full participate.”

Head coach Steve Nash has stated that Irving will need to ramp up for a week to two weeks before he can return to action in a road game.

“I’ve missed so much time,” Irving said of being away. “It’s my first day back around the block with the guys and it felt like it’s been a long time. It’s only been what, three months or so. But it has felt like the days have been slowly crossed off the calendar while I am sitting at home. When I thought about [returning to practice] last night, I could barely sleep.”

Irving has not been with the team on a regular basis since practicing with the team for a week in San Diego during training camp in early October. With New York City mandating that players get vaccinated in order to play at Barclays Center, the Nets decided in October not to have Irving be with the team only for road games and practices.

“Incredibly grateful just to be back in the building,” Irving said. “Welcomed back with open arms [from] my teammates, the whole organization. Not gonna lie, it has been relatively tough to watch from the sideline with everything going on in the world. I know everybody is feeling it [COVID]. Just praying for everybody to be healthy during these times. If I get the opportunity to get on the court and play with my teammates, even if it is just on the road for away games, I am grateful for the opportunity.”

Irving admitted that it was hard for him to tune out all the talk surrounding him and the Nets while he was away.

Even though this was his first time back on a floor with pros again after working out in middle school and college gyms in the area, Irving said being on the floor with his team was like riding a bike again.

“I’ve never seen Kyrie not be Kyrie,” forward DeAndre’ Bembry said of what Irving looked like. “So for the most part he looks good. Getting up and down the floor, he didn’t look tired. He looked good today. Same Kyrie, get to the rack, shoot the midrange, shooting some 3’s.”

It might be a while before Irving makes his season debut. The Nets start a three-game homestand on Thursday against Philadelphia. Irving’s first opportunity to potentially play is when the Nets have their next road game at Indiana on Jan. 5. After that, the Nets are not on the road again until Jan. 12 at Chicago. Following that, the Nets start a four-game road swing on Jan. 17 at Cleveland.