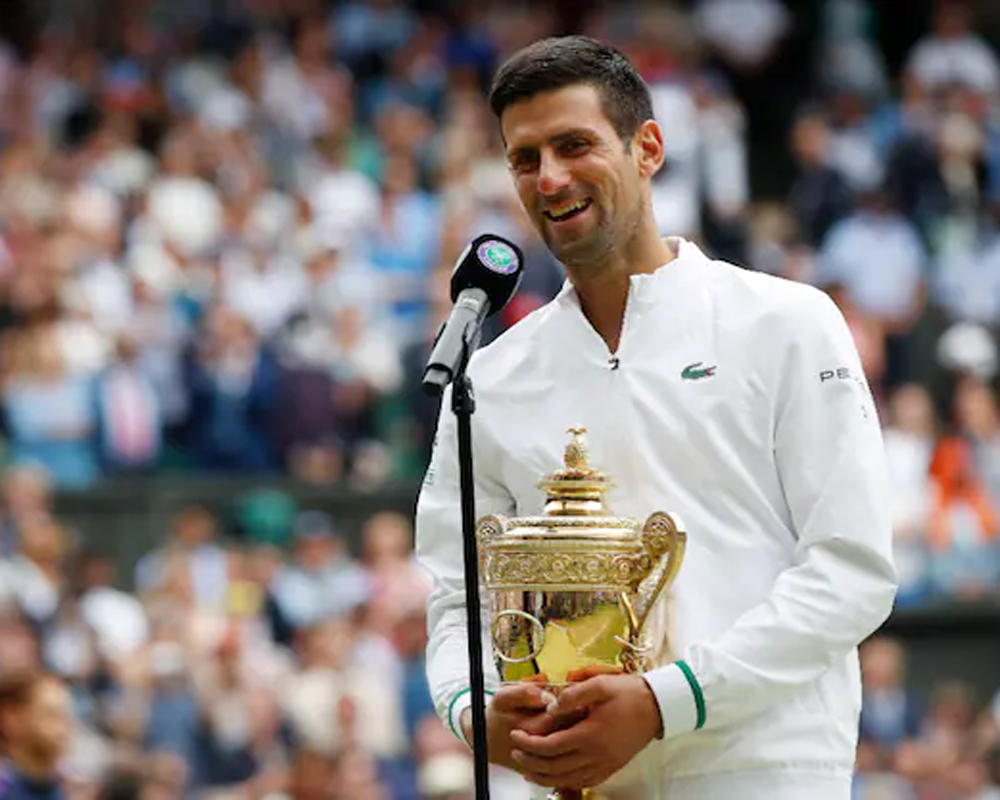 Wimbledon men’s singles champion Novak Djokovic has stated he is “divided” on whether he will go to the Tokyo Olympics, having previously committed to attending.

Djokovic defeated Italy’s Matteo Berrettini 6-7 (4-7), 6-4, 6-4, 6-3 in the final on Sunday but said afterward he was unsure on whether he would head to the Olympics ahead of the US Open.

“Yeah, that’s not a great news [about fans not being allowed]. I received that news yesterday or two days ago. That was really disappointing to hear,” Djokovic said at a news conference after his win.

“I also hear that there’s going to be a lot of restrictions within the village. Possibly you would not be able to see other athletes perform live. I can’t even have my stringer that is a very important part of my team. I can’t have a stringer. I’m limited with the amount of people I can take in my team as well.

“I’ll have to think about it. Right now, as I said, my plan was always to go to Olympic Games. But right now I’m a little bit divided. It’s kind of 50/50 because of what I heard in the last couple days.”

The Tokyo Olympic Committee revealed on Thursday that there would be no fans in attendance at the Games after Japan declared a state of emergency during the tournament.

Fans from outside the country had already been banned several months ago, but there was a hope that domestic fans could still attend.

Djokovic is looking to complete a calendar Grand Slam after winning the Australian Open, French Open and Wimbledon.

His victory on Sunday marked his 20th Grand Slam title, drawing him level with Roger Federer and Rafael Nadal. “I consider myself the best and I believe that I am the best, otherwise I wouldn’t be talking confidently about winning slams and making history,” he said.

“But whether I’m the greatest of all time or not, I leave that debate to other people. I said before that it’s very difficult to compare the eras of tennis. We have different racquets, technology, balls, courts. It’s just completely different conditions that we’re playing in, so it’s very hard to compare tennis, say, from 50 years ago to today.”