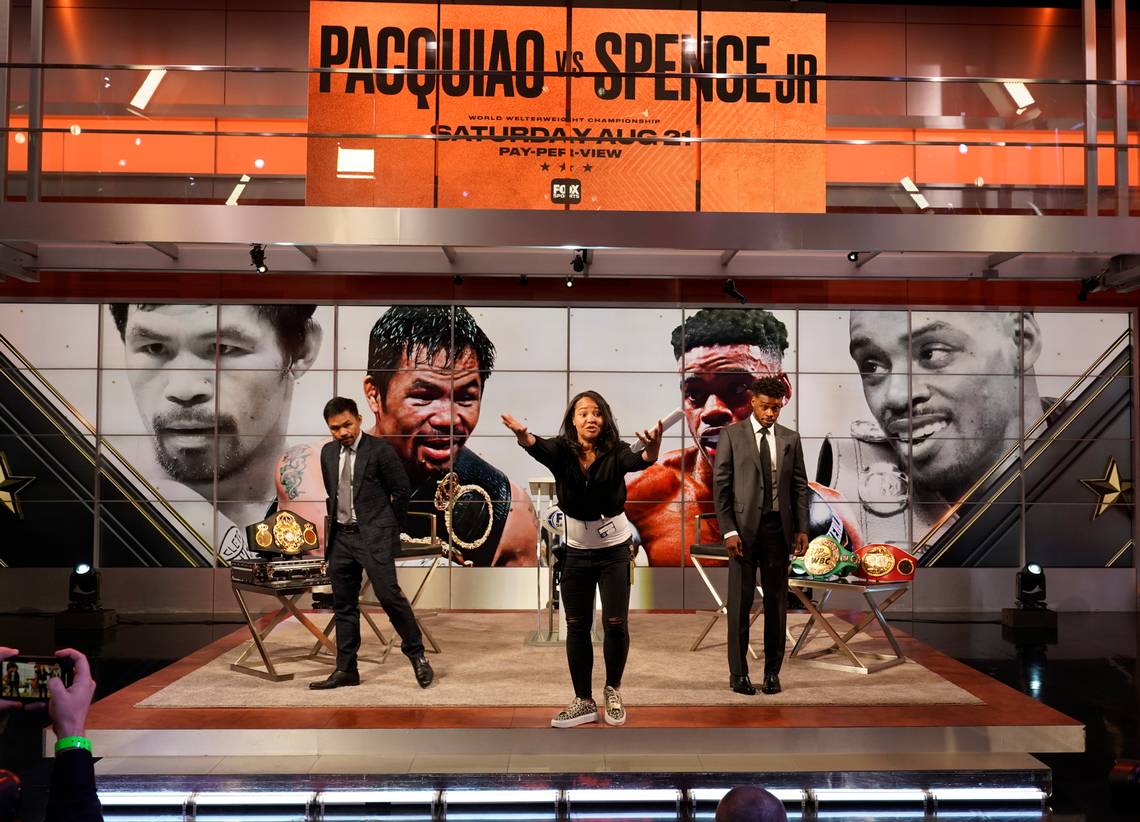 Manny Pacquiao and Errol Spence Jr. formally pronounced Sunday that they will fight Aug. 21 in a bout pitting an eight-division world champion versus one of the sport’s most dominant current champions.

The 42-year-old Pacquiao is a senator in his native Philippines. He hasn’t fought since July 2019, when he defeated Keith Thurman by split decision for his third consecutive triumph.

At a news conference, Pacquiao admitted he is taking a significant risk in returning against one of the top active fighters in boxing.

Pacquiao said he could have picked “a much easier fight compared to Errol Spence” for his comeback bout, but chose to take on the unbeaten 147-pound champion “because I want to give a good fight to the fans. I want a real fight.”

The 31-year-old Spence will be in the ring for only the second time since October 2019, when he survived a single-car crash in which he was ejected from his Ferrari 488 Spider. Spence was convicted of driving while intoxicated, but received no jail time.

He returned in December in his native Dallas area with a unanimous decision over Danny Garcia.

Pacquiao has been stopped just once since 1999, but Spence said he won’t enter the ring looking for a highlight-reel knockout. Spence is 3½ inches taller than Pacquiao, and his frame was significantly larger during their ceremonial faceoff.

“I definitely have the ability to finish him,” Spence said. “But for me, it’s about winning the fight.”