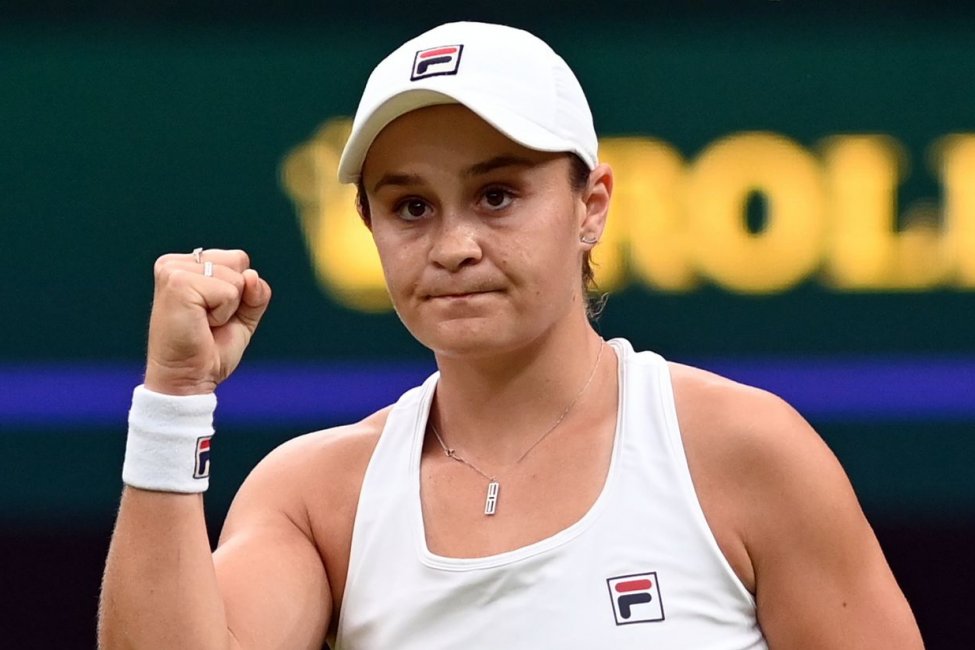 When Angelique Kerber grabbed the opening set of her Wimbledon quarterfinal Tuesday, the full-capacity crowd saluted the accomplishment with cheers that bounced off the closed roof at No. 1 Court.

Kerber’s reaction? Just a matter-of-fact, straight-faced stroll to the sideline. No shouts or leaps or fist pumps. Unlike the other women headed to the semifinals at the All England Club, this is not new to her. Not at all. It’s just that it’s been a while.

The owner of three Grand Slam titles, including at Wimbledon in 2018, Kerber moved back into the final four at the grass-court major by using her knee-to-the-turf agility and quick reflexes to defeat No. 19 seed Karolina Muchova 6-2, 6-3.

“I remember how I played here,” said Kerber, a 33-year-old left-hander from Germany, who did let loose by shaking her fists when her victory ended. “I know how to play on grass.”

Next, No. 25 seed Kerber takes on No. 1 Ash Barty, who eliminated 75th-ranked Ajla Tomljanovic 6-1, 6-3 in the first all-Australian major quarterfinal in 40 years.

Barty won the 2019 French Open, but this was her first trip to the quarterfinals at the All England Club. Indeed, this was the first time in the Open era, which began in 1968, that the tournament had six first-time women’s quarterfinalists.

Only Kerber and Muchova, who also lost at this stage in 2019, boasted past experience.

The other semifinal is No. 2 seed Aryna Sabalenka versus No. 8 Karolina Pliskova.

This was the first day of 100% capacity in the two main stadiums after COVID-19 restrictions placed a 50% cap on attendance when the fortnight started. With rain falling much of the afternoon, the singles matches were played at Centre Court and No. 1 Court with the roofs shut and spectators allowed to be maskless — the All England Club says the arena’s ventilation systems allow them to be considered outdoor venues.

Pliskova — the 2016 US Open runner-up to Kerber — claimed 24 of 26 points on her serve in one stretch, hit eight aces and saved the only three break chances she faced.

“Everything today was working quite well,” said Pliskova, who averaged 106.5 mph on her first serves, 20.5 mph faster than Golubic.

Pliskova has been broken only three times through five matches so far and has not dropped a set.

She also hasn’t played anyone ranked better than 47th yet.

Kerber compiled only 15 winners, but that was enough because she limited Muchova to just two forehand winners herself — compared to a combined 33 unforced or forced errors with that stroke.

Muchova appeared to give herself at least the chance of turning things around by breaking to lead 2-1 in the second set. But Kerber, so steady if not spectacular, broke right back when Muchova sent a forehand long to cap a 13-stroke exchange.