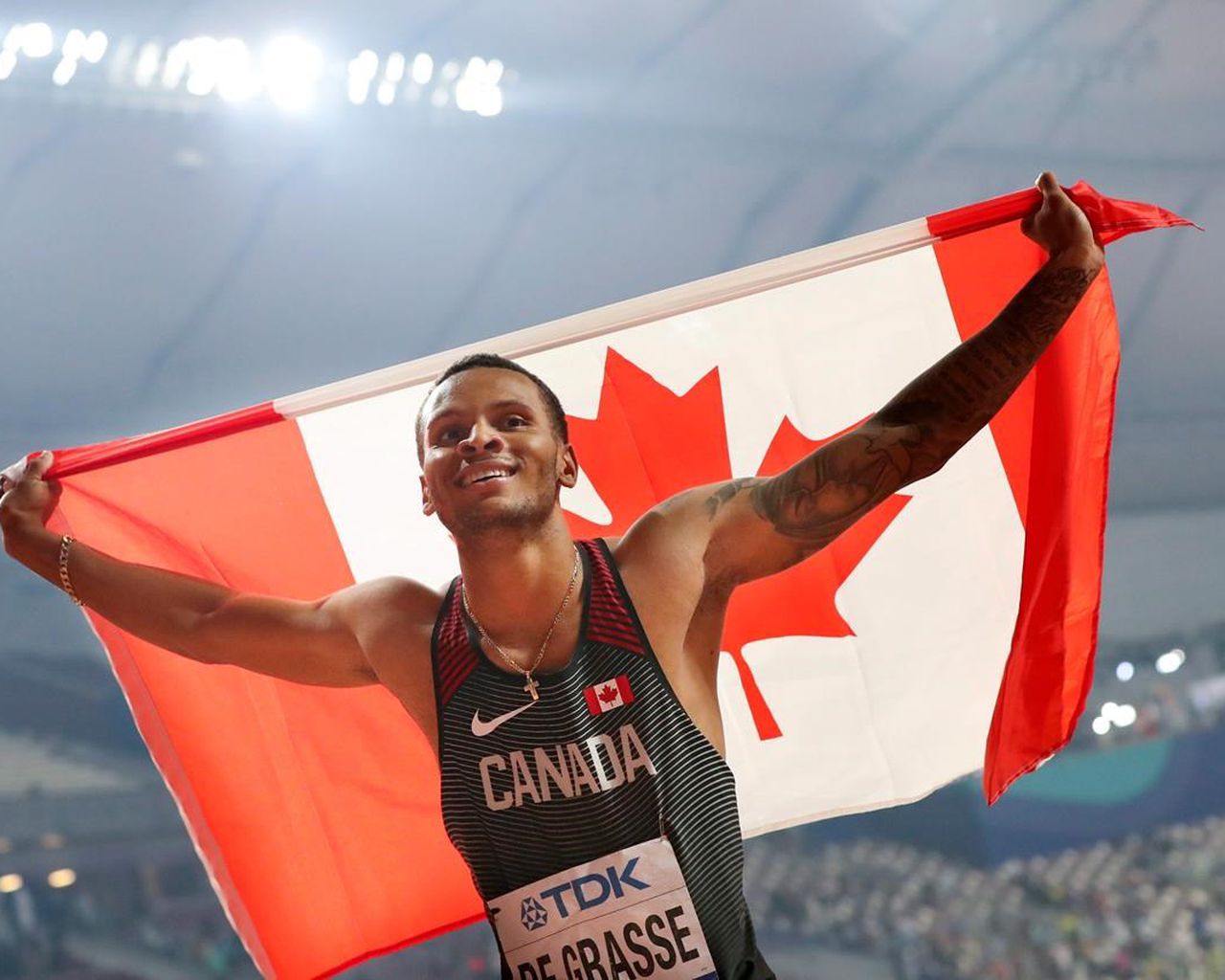 Canada’s Andre De Grasse ran to another fast time less than a month out from the Tokyo Olympics.

The three-time Olympic medalist from Markham, Ont., won the 200 metres in 19.97 seconds on Tuesday at the Gyulai István Memorial on Tuesday in Budapest, Hungary.

Kenny Bednarek, who ran a stunning 19.65 in April, was second in 19.99 at the World Athletics Continental Tour Gold track and field meet. Fellow American Erriyon Knighton was third in 20.03.

In other events, middle-distance runner Brandon McBride of Windsor, Ont., stopped the clock in 1:45:51 to place fourth in the men’s 800, his first race since the world championships semifinals on Sept. 29, 2019, in Doha, Qatar.

Elliot Giles of Great Britain topped the eight-man field, crossing the line in 1:44.89.

McBride, who ran under the 1:45.20 Olympic standard in his 2019 season opener, is hopeful of running one more race before Tokyo at the July 13 Müller British Grand Prix in Gateshead, England.

The 27-year-old experienced dysfunctional movement in his hips and pelvis at various times the previous two months that caused hamstring issues, but he noticed a significant improvement at the beginning of June after returning home from a training session in Mississippi.

In Tokyo, McBride sees an opportunity to reach the medal podium and correct his mistakes after failing to reach the world final.

“It’s something I think about all the time and I’m excited to be put in that situation again,” McBride, who also didn’t reach the final in his 2016 Olympic debut, told CBC Sports in April. “I know what I need to do and I’m a much better all-around me. [Righting a wrong] is mainly for myself, but it’s not like I need to get a medal or top eight.

“What I really want is to step off the track after the [Olympic final] knowing I executed my race plan to the max and ran the best I possibly could run. If I do, I’ll hold my head high. I did not feel like that stepping off the track in Doha.”