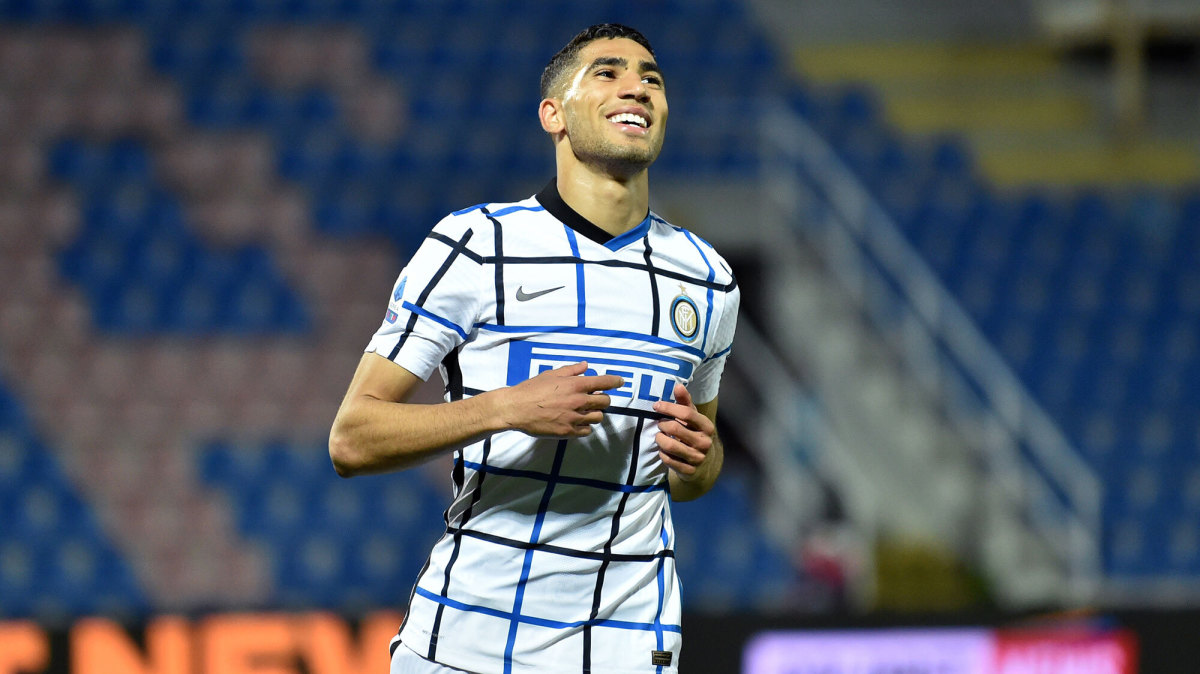 Paris Saint-Germain have completed the signing of Achraf Hakimi from Inter Milan on a five-year contract.

ESPN reported last month that the Serie A champions would receive up to €70 million — bonuses included — for the Morocco international.

Sources told ESPN that personal terms were agreed between PSG and Hakimi more than a month ago and that the full-back pushed for the move to happen.

“I feel a great sense of pride today,” Hakimi said. “After Spain, Germany and Italy, Paris Saint-Germain offers me the chance to discover a new championship with one of the most prestigious clubs in the world. I can’t wait to meet my new teammates, the fans and experience the incredible colour and passion inside the Parc des Princes.

“I share the same big ambitions as the coaching staff and my teammates and will do everything I can to deliver what is expected of me.”

PSG chairman and CEO Nasser Al-Khelaifi added: “This calibre of signing shows the level of our ambitions — we continue to build something very special. Achraf may only be 22 years old and has already established himself as one of the most talented full-backs in world football — these are the standards we set at the club. I know Achraf will have a fantastic career with us and the whole club wishes him every success in our colors.”

Champions League winners Chelsea were also interested in signing Hakimi this summer but sources told ESPN that they never made a concrete offer.

The defender played a key role in helping Inter claim their first league title in 11 years last campaign, contributing seven goals and 11 assists in Serie A.

Hakimi joined the Italian giants last summer from Real Madrid for €40m after two seasons on loan at Borussia Dortmund.

The defender will become the latest new recruit at PSG after they signed Georginio Wijnaldum on a free transfer, and they are also set to complete the signing of Italy goalkeeper Gianluigi Donnarumma.