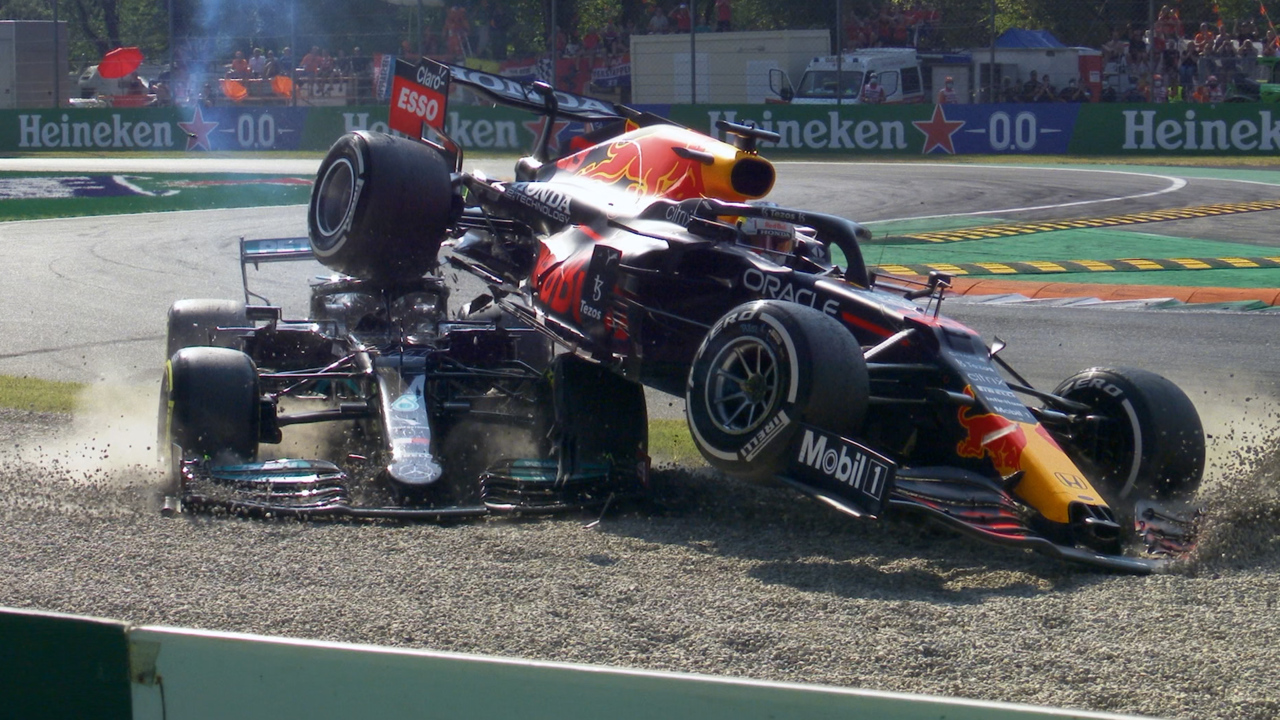 F1 title rivals Max Verstappen and Lewis Hamilton collided for the second time this season at the Italian Grand Prix, taking themselves out of the race in the process.

The pair hit at Turn 1 after Hamilton had emerged from a pit stop, with Verstappen attempting to overtake.

They had already banged wheels on the opening lap, when Verstappen forced Hamilton wide at the Roggia chicane.

After the race, the stewards declared Verstappen was the driver “predominantly to blame”, handing him a three-place grid penalty for the next race, the Russian Grand Prix.

Both drivers were uninjured, with Verstappen climbing out first and walking back to the Red Bull garage. Hamilton climbed out shortly afterward.

The collision will further escalate the bitter rivalry between the two drivers, which appeared to have peaked at July’s British Grand Prix when Hamilton punted Verstappen out of the race while they fought for position at the Copse corner.

Their Monza incident will mean there is no change in the title battle, which Verstappen leads by just five points.

Hamilton and Verstappen also collided at the British Grand Prix. On that occasion, Red Bull was furious; as Verstappen retired from the race and went to hospital for precautionary check-ups while Hamilton went on to win.

Verstappen was less angry this time around, although he felt Hamilton had not left him enough space.

“Even if he had left just a car’s width, we would have raced out of Turn 2 anyway. I think he would have probably still been in front. But he just kept on pushing me wider, wider, wider and then at one point there was nowhere to go. He just pushed me onto the sausage kerb and that’s, at the end of the day, why we touched because the rear tyre bumped up to the tyre.”

When asked whether he could have gone over the kerbs, like Hamilton had done on the opening lap, Verstappen said: “I don’t think you can judge them exactly the same, because he just kept on squeezing and squeezing and I was a lot alongside him.

“You need two people to work together to make the corner when we are fighting for position. Unfortunately, we touched.”

Verstappen was then asked whether he would contemplate taking risks in the future versus Hamilton, to which he said: “You need two people to work together, so if one guy is not willing to work, then what can you do? It’s not going to happen.”