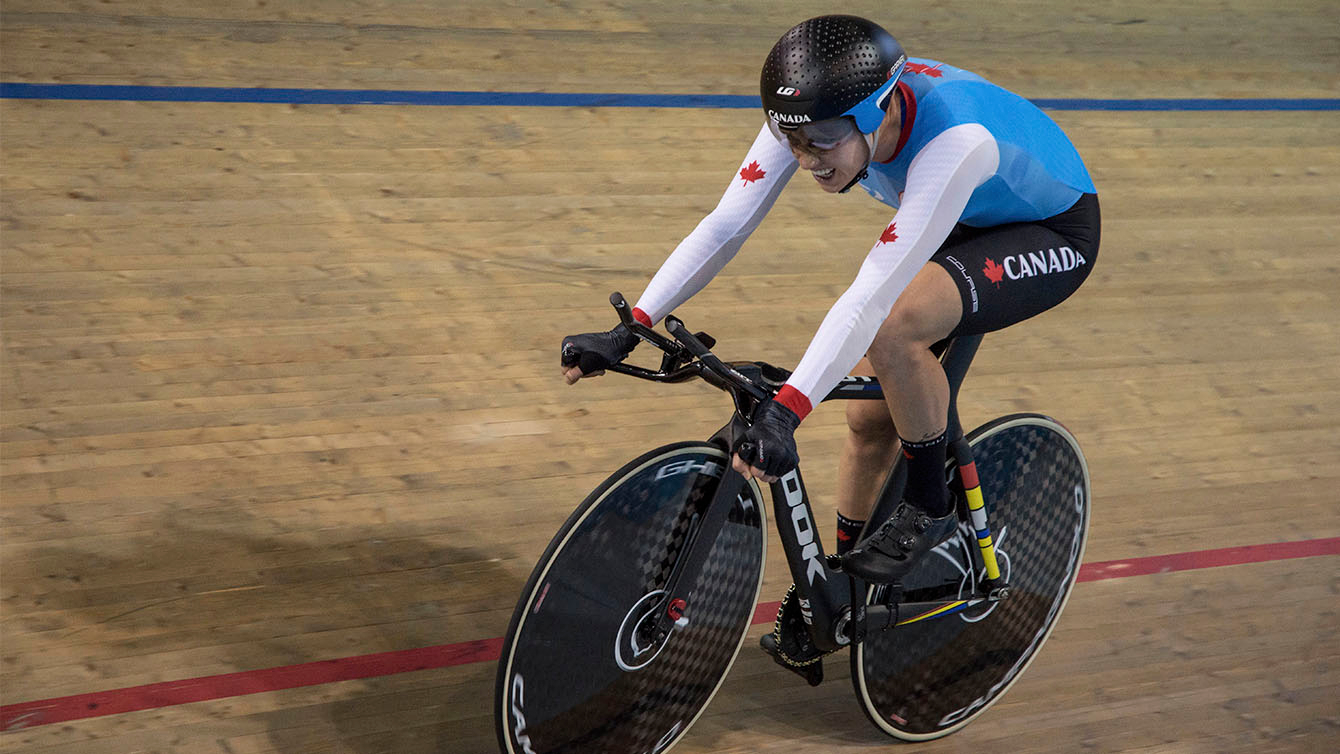 The Vancouver, B.C., native — who in 2016 became Canada’s first Olympian to compete in three different sports across three different Games — is capping her brilliant career after a fourth and final appearance at the Tokyo Games.

Along with her fellow cyclists, Simmerling earned a fourth-place finish in the women’s team pursuit while breaking the Canadian record at the velodrome in Japan.

“I am thrilled to end my career on such a strong note,” she stated in a media release.

“I personally left the Tokyo Games feeling very satisfied with how I rode and had absolutely no regrets. I felt ready to close this chapter of my life and move on to new adventures; I am thrilled to announce my retirement from sport and share what I have been working on. All I can say for now is it’s time to invest in women’s sports, and I’m looking forward to being part of the change.”

Simmerling, 32, first competed as an alpine skier at the Vancouver 2010 Olympics.

A transition to ski cross would see the Canadian go on to earn 13 World Cup podiums and book a ticket to Sochi 2014, where she made the 1/8 finals.

Her journey has been one of resilience and recovery. A crash in 2012 left Simmerling with three broken vertebrae in her neck and back.

After being continually troubled by injuries, the talented participant added track cycling to her arsenal in 2015 — and her rise in the sport was meteoric.

Simmerling collected silver at her first world championships with the team pursuit squad in 2016 and later won a bronze medal at Rio 2016 — her first and only Olympic hardware.

She didn’t let up in the following winter sports season, with a performance that secured her a place in Pyeongchang.

But Simmerling wouldn’t make it to the Games, instead sustaining a crash that broke both her legs and tore ligaments during a ski-cross competition just weeks before the Olympics. Now faced with physical and emotional recovery, Simmerling said she never gave up and persevered to return to sport.

After retiring from ski cross, Simmerling went all in on cycling, rising again to attain silver in the team pursuit at her first international competition after Rio.

The persistent podium threat had plans to retire, which were pushed back by the delay of the Tokyo Olympic Games due to the COVID-19 pandemic.

Simmerling, along with teammates Allison Beveridge, Annie Foreman-Mackey and Ariane Bonhomme, entered Tokyo as part of the largest cycling contingent Canada has ever sent to the Games despite training under pandemic conditions.

According to Cycling Canada, she now plans to move to Europe with her fiancé and Paris Saint-Germain goalkeeper Stephanie Labbé, who captured Olympic gold with Canada’s women’s soccer team in Tokyo.