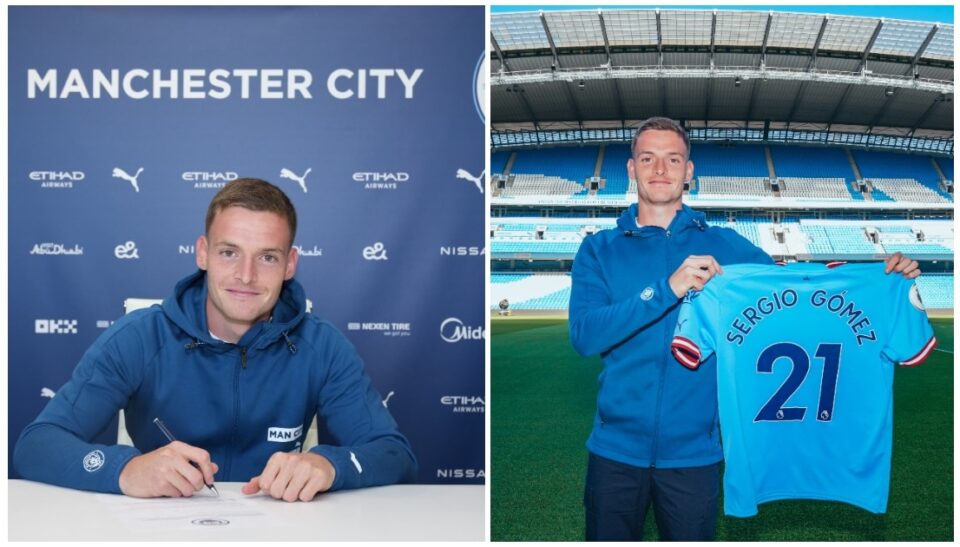 Manchester City have confirmed the signing of Sergio Gomez from Anderlecht.

The 21-year-old has signed a four-year deal at the Etihad Stadium and will be part of Pep Guardiola’s first-team squad this season.

Sources have told ESPN the deal with Anderlecht is worth €13 million plus add-ons.

“I am incredibly proud and happy to have joined Manchester City,” said Gomez, who has represented Spain at Under-21 level.

“City are the best team in England and in Pep Guardiola I have a chance to learn and develop under the most outstanding manager in world football.

“To be able to be part of this club is a dream come true for me and something any young player would aspire to.

“The number of trophies City have won over the past few years has been incredible and the style of football the team plays under Pep is the most exciting in Europe.

“Playing for and being guided by Pep and his coaches is going to be very special.”

He is set to compete for a place at left-back after the departure of Oleksandr Zinchenko to Arsenal and the aborted attempt to sign Marc Cucurella from Brighton and Guardiola says he is likely to be the last new arrival before the deadline.

“If nobody moves, I think nobody’s coming in,” the City manager told a news conference last week.

“Now I have the feeling that if we have a problem with Kyle [Walker] and Joao [Cancelo] we have players who can replace them.That’s why Sergio comes. Even Nathan [Ake] can play there [at left-back].

“We don’t have a big squad but we have some players who play in different positions quite well. That’s why the moment we decide for Sergio, the debate for another left-back was over.”