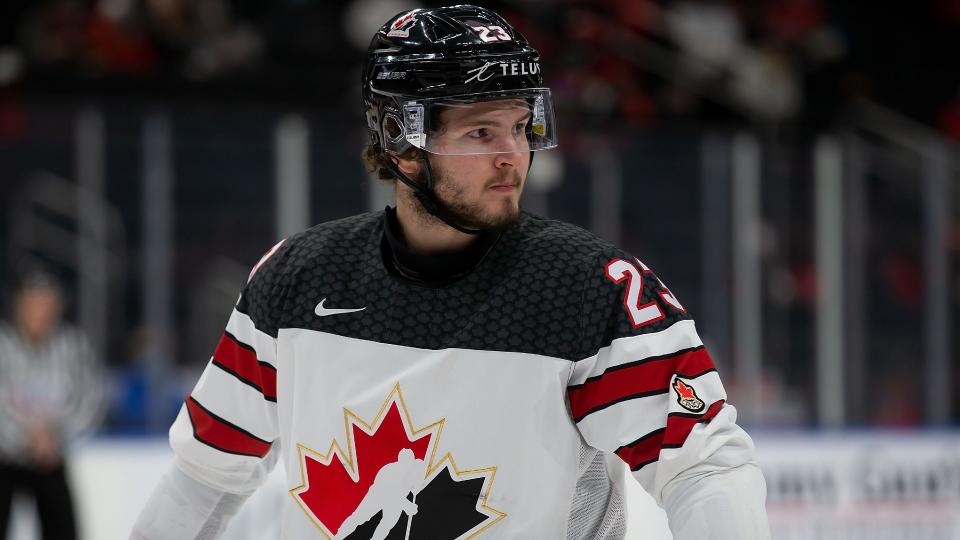 Ridly Greig was a little banged up after helping Canada to a big victory at the world junior hockey championship on Monday.

Not only did the Ottawa Senators’ prospect score and contribute an assist in the 6-3 victory over Finland, he blocked some big shots when the Canadians ran into third-period penalty trouble.

Special teams were the difference maker on Monday, with the Canadians going 2-for-2 on the power play while Finland was 1-for-5.

The result was important for Canada, which concluded the preliminary round atop Group A and will face Group B’s Switzerland (1-3-0) in the quarter-finals on Wednesday.

Switzerland clinched its spot in the quarter-finals earlier on Monday with a 3-2 victory over Austria (0-0-4).

“It was OK but it wasn’t enough. And we were angry after the game, that’s for sure,” he said.

The Finns got their second stretch of five-on-three hockey with less than five minutes left on the clock when William Dufour joined Ethan Del Mastro in the penalty box.

Finland pulled goalie Leevi Merilainen just as Del Mastro’s penalty expired and with the extra man Roby Jarventie put a puck in off the glove of Canadian goalie Dylan Garand to make it 5-3.

Dufour sealed the score at 6-3 with an empty-net strike 18:13 into the third.

The Finns had a prime opportunity to eat into Canada’s lead with a minute-long two-man advantage midway through the final period.

Donovan Sebrango was sent to the box for high-sticking and less than a minute later, teammate Will Cuylee was tossed from the game for a knee-on-knee hit.

Canada weathered being down two men, then chewed through the four remaining minutes of the major penalty without conceding a goal.

“I thought our penalty kill was elite today, so many guys blocking shots. And that’s a great sign for a team that’s trying to win something,” said Canada’s captain Mason McTavish, who had a goal and two assists in the win.

“Finland, they’re a great team. I think they were 3-0 coming into this, their power play is ridiculous. So the fact that our PK stood up there with one of the best power plays in the tournament is huge for us.”