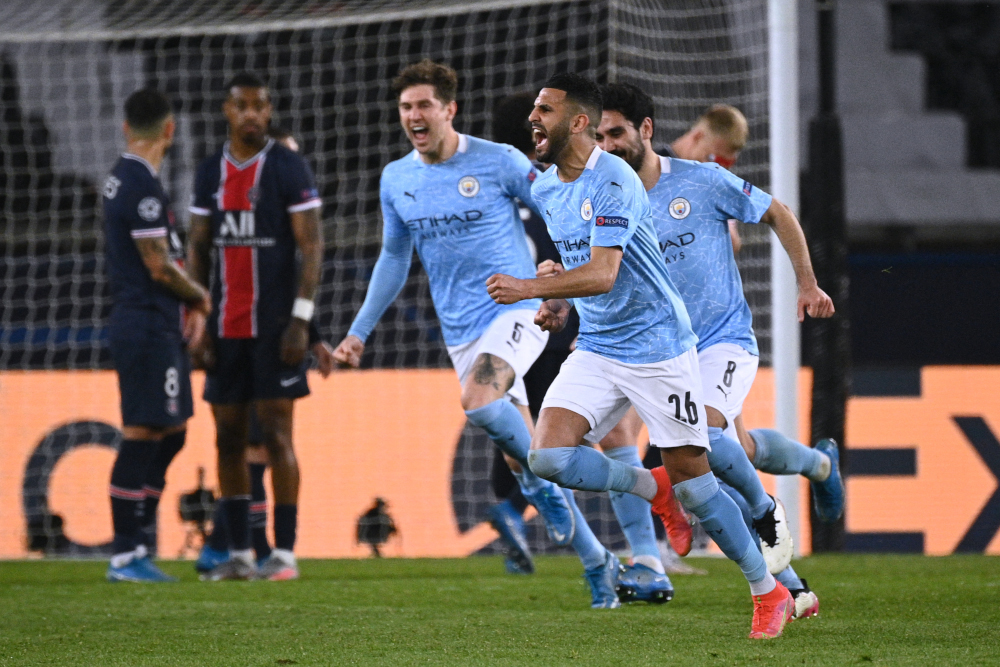 When Pep Guardiola was appointed manager of Manchester City in 2016, it was with a specific task of winning the Champions League. Five years on, a 2-0 victory over Paris Saint-Germain (4-1 on aggregate), has secured a place in the club’s first Champions League final, taking Guardiola back to that stage for the first time in a decade.

The knockout stage of the Champions League has brought frustration after frustration for Guardiola, to the point of leading him at times to doubt his philosophy. There has been misfortune, there have been errors, there have been bizarre team selections, but here, at last, there was nothing to stop him. PSG unsettled City in the first half of the first leg, but thereafter City was far superior, smarter, slicker, calmer and better. This was an overwhelming triumph for the collective over the individual.

PSG may point to its bad luck in losing Kylian Mbappé to a calf injury (he missed the entirety of Tuesday’s second leg), but that’s the problem with investing in hugely expensive individuals at the expense of the squad—sometimes they break down. Neymar, meanwhile, as the obvious focus of PSG, was perpetually outnumbered. And elsewhere, the shortcomings in PSG’s squad, particularly at fullback, were clear.

The biggest shortcomings, though, are emotional and psychological. PSG had lost discipline in the first leg and it did so again on Tuesday. Ángel Di María was sent off midway through the second half for a stamp on Fernandinho, and all of Marco Verratti, Leandro Paredes, Presnel Kimpembe and Danilo could easily have followed him.

Even at 2-0 on the day, there was an opportunity with a quarter of the game to go. One goal could have sparked panic, particularly with the finish line in sight. But rather than seeking the victory, PSG succumbed to childishness, self-pity and a string of terrible fouls.

PSG, as it had to, started on the front foot and for a time it looked as though there could be a repeat of last week’s first leg as it dominated possession early on. A penalty awarded for handball by Oleksandr Zinchenko was overturned after VAR showed the ball had struck the top of his shoulder, but City looked distinctly uneasy.

And then, out of nowhere, it took the lead, striking into the space behind PSG’s exceptionally high line–almost an inverse of City’s usual experience of big European knockout games. The move looked pre-planned, with goalkeeper Ederson sweeping the ball long for Zinchenko just as he burst into the PSG half. He pulled the ball square for Kevin De Bruyne, and, although his effort was blocked, Riyad Mahrez tucked in the rebound.

From about the 15th minute, the dynamic felt like the final 15 minutes of a match, with PSG pouring forward in a frenzy. Marquinhos, a threat from set plays as he had been last week, bounced a header off the bar, and Di Maria missed the target after dispossessing Bernardo Silva, who had been put under pressure by Ederson’s attempt to play out quickly.

A second goal arrived to finish off the tie just after the hour. Again it was a well-worked counter, and again Mahrez finished it off, this time after De Bruyne had slipped through Phil Foden. After that, only two questions remained: how many goals City would win by, and how many players PSG would have left on the pitch at the end.

The tie, really, was won in the second half of the first leg, but this was a masterclass in holding an opponent at arm’s length, taking its chances, and keeping calm in the face of intense provocation.

The League Cup is already in the cabinet and the Premier League title will soon follow, as soon as this weekend. Chelsea or Real Madrid await in the final of the biggest prize in Istanbul at the end of the month—the prize that City has invested in and yearned to earn all this time.