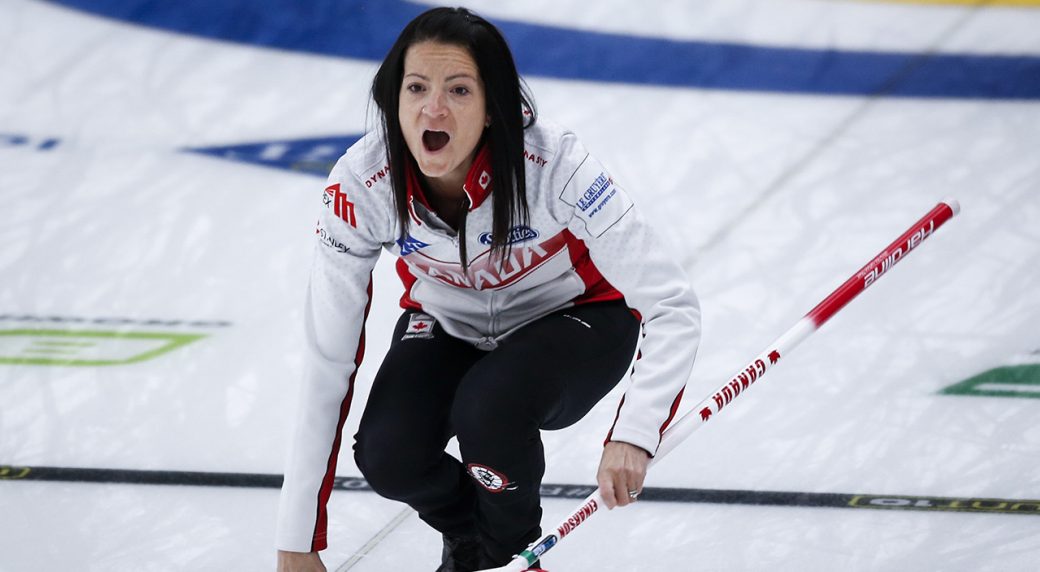 Canada’s Kerri Einarson chipped away at her women’s world curling championship deficit with a second straight victory Tuesday in Calgary.

The host country beat Italy 10-4 to get to a 3-5 record, but Einarson’s foursome still faces an uphill climb to be among the six teams advancing to the qualification round Friday.

“We’re definitely not giving up,” the Canadian skip said.

Canada defeated South Korea and Italy after opening the championship 1-5.

A Canadian comeback will be witnessed by few. Television and streaming broadcasts remain suspended until at least Thursday because seven members of the crew tested positive for COVID-19.

Without spectators or production staff in the building, the Markin MacPhail Centre felt even more like a library for the Canadians.

“It’s even more quiet now,” Einarson said. “You don’t have those extra people around. We miss them. We hope they come back.”

Russia topped the standings at 7-0. Sweden handed Switzerland a first loss to put both countries at 6-1.

The top six teams at the world championship also qualify their countries in women’s curling for the 2022 Winter Olympics in Beijing.

The rest of the Olympic field will be determined by an international qualifying tournament in December, which would be an awkward prospect for Curling Canada given the Olympic trials are in Saskatoon in November.

“The confirmation of this latest round of results, and additional work on contact tracing, allows the broadcast team and medical officials to progress to the next stage of discussions around a managed return to the competition with an adapted TV production setup,” the WCF said in a statement Tuesday.

“The impacted individuals who have previously returned positive results will remain in isolation and continue to be medically managed by the competition medical officials with guidance from Alberta Health.”