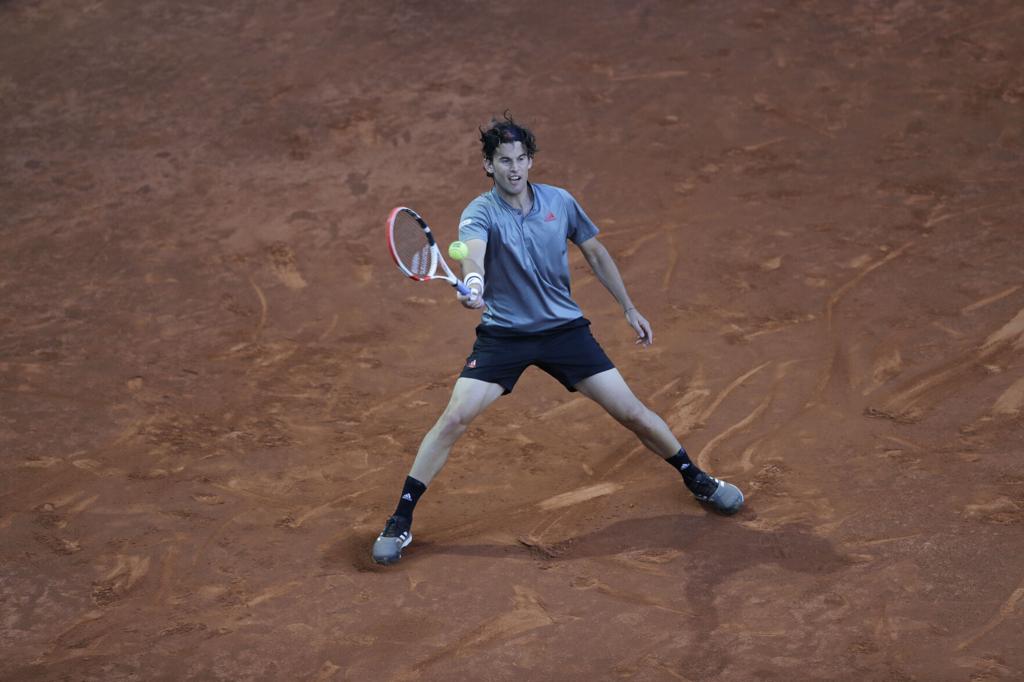 Looking fresh again after taking a few weeks off, U.S. Open champion Dominic Thiem cruised into the third round of the Madrid Open with a comfy 6-1, 6-3 win over American Marcos Giron on Tuesday.

Thiem was in control from the start at the “Magic Box” center court in what was his first match since March. The fourth-ranked Austrian was coming off early round losses in Doha and Dubai and felt like he needed a break.

“For my game, I need 100% intensity and 100% energy,” the 27-year-old Thiem said. “I’m not the guy who can serve through a match or who can play with a little bit intensity and is still winning. I need 100% in every aspect of my game. I was just not able to put that on court like in Doha, Dubai or towards the end of the Australian Open, so that’s why it was better to take a break.”

Thiem, the third seed in Madrid, hasn’t won a tournament since breaking through with his first grand slam title at the U.S. Open in September.

“There was no anxiety, but definitely I was uncertain how things will be going,” the two-time finalist in Madrid said.

He said his goal is to be back in top form at the French Open.

“That’s where I want to be at the top of my game again,” he said. “Two weeks ago, I was not sure if I’m playing here, so the expectations are still super low. A win like today is already a big success, because I get a chance to play another match in a top level, so that will help me again for the next weeks.”

Thiem stated he will likely be taking more time off going forward in his career.

“Actually last year, the six-months break (because of the coronavirus pandemic), it felt so nice,” he said. “It’s definitely something I consider, as well, in the future to better take a little bit more off. I think it’s a good thing to do and especially when you get a little bit older … The older you get, the more experienced you get, I think it’s good to do a break sometimes. For me, it definitely helped.”

Thiem’s next adversary in Madrid will be Australian Alex De Minaur, who advanced after Lloyd Harris had to retire from their match.

American Taylor Fritz lost 7-5, 5-7, 6-4 in a first-round match against Albert Ramos-Vinolas, who is coming off a title at the Estoril Open. Felix Auger-Aliassime fell 6-1, 6-4 to Casper Ruud.