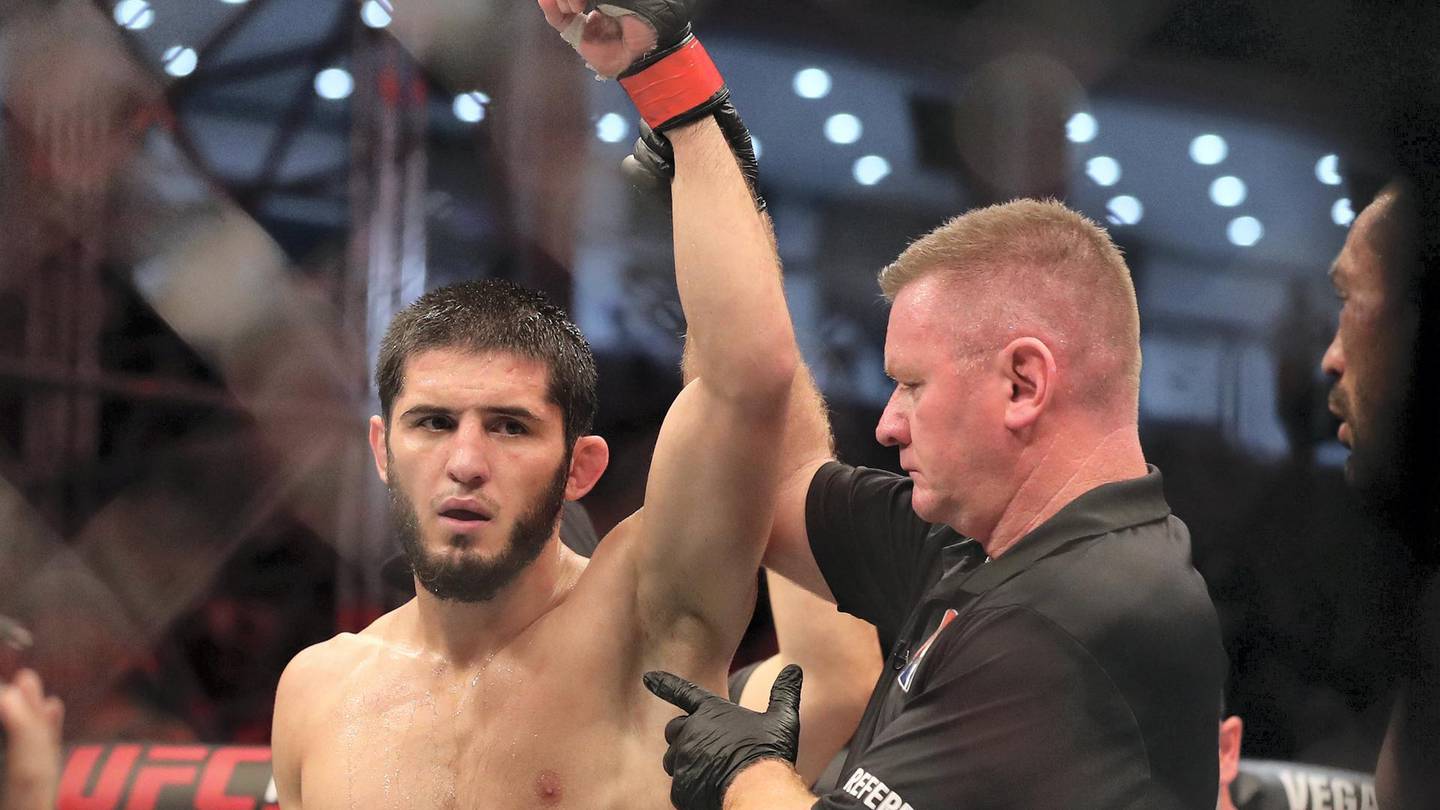 Islam Makhachev’s toughest task moving forward might be finding someone willing to fight him.

Makhachev completely dominated Thiago Moises in the UFC Fight Night main event Saturday in Las Vegas. Moises mounted almost no offense at all and Makhachev was able to finish him with a submission (rear-naked choke) at 2:38 of the fourth round. This was Makhachev’s first UFC main event and his first time going past the third round in a fight. It was the first submission loss of Moises’ career.

Coming in, ESPN had Makhachev ranked No. 8 in the world at lightweight. But it has been difficult for him to find adversaries willing to compete against him due to his dominant wrestling and grappling, combined with his slick southpaw kickboxing. Afterward, Makhachev called out former lightweight champion Rafael dos Anjos.

“Why all these guys run?” Makhachev stated in his postfight interview. “Nobody want to take this fight. Please give me an answer.”

Nurmagomedov is now Makhachev’s coach, and Makhachev is expected by his team at American Kickboxing Academy to be Nurmagomedov’s 155-pound heir. That was the plan laid out by Nurmagomedov’s late father, Abdulmanap, who died last year because of complications from COVID-19.

In the first round, Makhachev landed combinations on the feet, then took Moises down and landed ground and pound, opening several cuts on Moises’ face. Moises nearly got a takedown in the second, but Makhachev outscrambled him and worked to mount, going for an armbar as the bell sounded. Makhachev got Moises down in the third and took his back. And in the fourth he slammed Moises hard to the mat, took his back and concluded with the choke. The bout never seemed close.

“You can run, but you can’t hide,” Makhachev said in regard to dos Anjos. “I am here.”

Makhachev (20-1) has won eight straight fights and has not lost since 2015, a knockout defeat against Adriano Martins. The winning streak is the fourth longest in UFC lightweight history. The Dagestan native is 9-1 in the UFC; the only man with a better record in lightweight division history (minimum five fights) was Nurmagomedov.

Moises (15-5) had won three in a row and four of his past five entering Saturday. The Brazil native was coming off a unanimous decision victory over Alexander Hernandez in February. Moises, 26, is the former RFA lightweight champion.