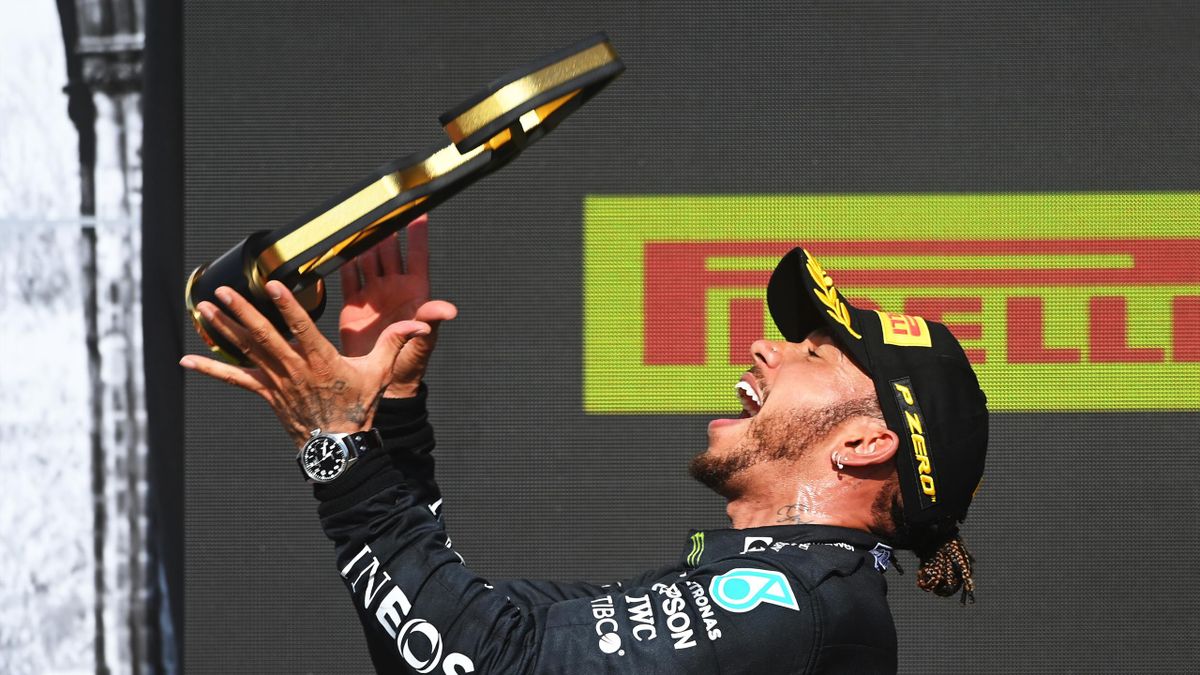 Lewis Hamilton won his home British Grand Prix for a record-extending eighth time on Sunday despite a 10-second penalty for a controversial first lap collision that sent Red Bull rival Max Verstappen crashing out of the race.

The Mercedes driver, now only eight points behind Verstappen after 10 races, passed Ferrari’s Charles Leclerc for the lead with two laps to go as a capacity 140,000 crowd rose to cheer him.

Hamilton’s team mate Valtteri Bottas was third after obeying team orders to let Hamilton through and chase Leclerc in a race halted after Verstappen’s crash and then re-started.

The triumph was the 99th of seven-times world champion Hamilton’s Formula One career and fourth of the current campaign.

It was also the worst possible result for Verstappen, who had started on pole position with a 33 point lead and seeking a fourth victory in a row but who ended up empty-handed and in hospital for checks.

“This is a dream for me today, to do it in front of you all,” Hamilton told the biggest crowd to attend a sporting event in Britain since the start of the pandemic. Last year’s race was held without spectators.

“I always try to be measured in how I approach, particularly with battling with Max, he’s very aggressive. And then today I was fully alongside him and he didn’t leave space.

“Regardless of whether I agree with the penalty, I take it on the chin and I just kept working.

“I was like ‘I’m not going to let anything get in the way of the crowd’s enjoyment of the weekend and the national anthem and the British flag’.”

Leclerc also kept his head up after missing out on what would have been Ferrari’s first triumph since 2019.

“Congratulations to Lewis, he did an incredible job. It’s amazing to see so many fans in the grandstand.” There was no point awarded for fastest lap, with Red Bull’s Mexican Sergio Perez setting it but failing to secure the necessary top 10 finish to trigger the bonus.