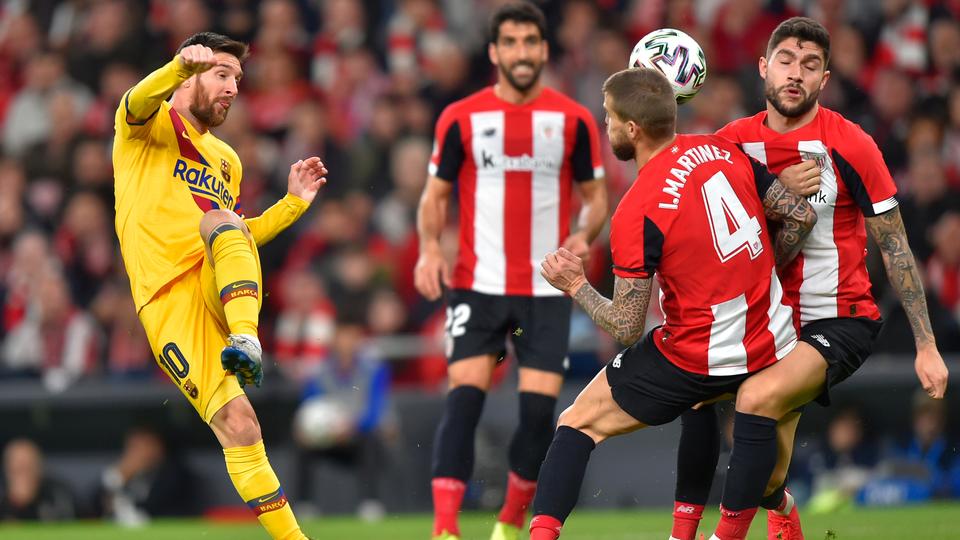 It has been a decade since Real Madrid and Barcelona have not made the semi-finals. Since 2009-10, at least one of them has been in the Copa del Rey final.

The new, instant knockout format of the Copa del Rey has claimed victims in two of the most powerful teams in Spanish football. Neither Real Madrid nor Barcelona will be in the semi-finals in this year’s edition of the Copa after having been eliminated by Real Sociedad and Athletic Club, respectively.

The new format has already treated us to a few surprises – and last night’s quarter finals leave the two teams who have a combined 49 Cups between them, with no options of adding another piece of silverware to their collection.

Real Sociedad and Athletic Club have ended a monopoly on the domestic cup which Madrid and Barça have enjoyed for the past 10 years.

Since the 2009-10 edition, at least one of the two have been in the semi-finals. On that occasion, both fell early on in the tournament – Madrid losing to Alcorcón in the Round of 32 and Barça falling to the eventual champions Sevilla in the following round.

In the nine subsequent editions, at least one of the two have been in the semi-finals and gone on to make the final. In 2011, Madrid and Barça both made the final, which was decided by a Cristiano header in extra-time. In 2012, Barcelona beat Athletic 3-0 in the final, after having booted Real Madrid out in the quarter final.

In the 2013 final, Atlético prevailed at the Bernabéu in a Cup derby which they won 1-2. Barcelona had reached as far as the semi-finals, but lost to Madrid.

This year will be a little different in the Copa del Rey – no Madrid, no Barcelona – or either of the two clubs who they competed against in the recent Spanish Super Cup in Saudi Arabia, Atlético and Valencia. Since the 2003 tournament, at least one of those four clubs has been in the semi-finals.