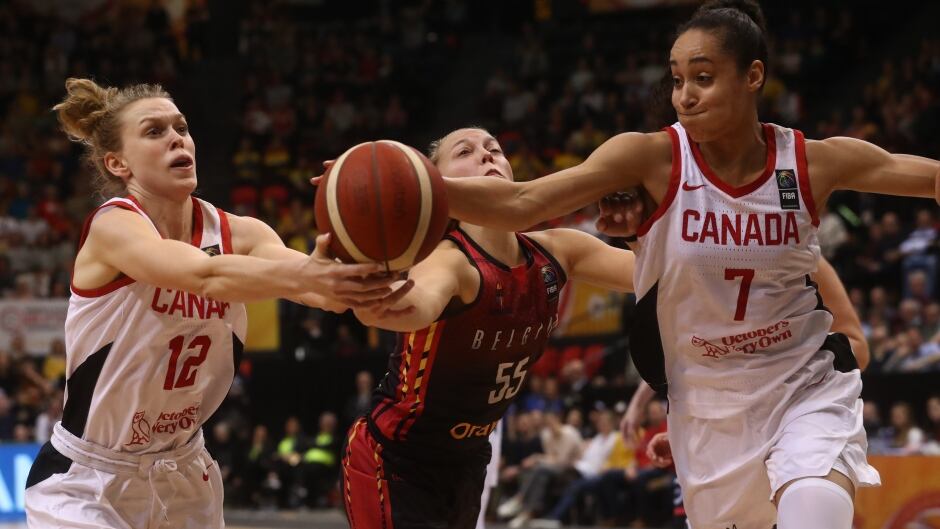 The Senior Women’s National Team opened their campaign at the FIBA Women’s Qualifying Tournament with a hard-fought 61-56 triumph over host team Belgium in front of a sold-out crowd at the Versluys Dôme on Thursday night.

Kia Nurse led all scorers with a game-high 19 points, while Kayla Alexander added 12 in her first match back since rehabbing from a knee injury.  Emma Meesseman’s 14 points led Belgium while Kim Mestdagh added 12 in the loss.

With the win, Canada is a victory away from advancing to the Tokyo 2020 Women’s Olympic Basketball Tournament.

“That was a great way to start the tournament and a great team win,” Nurse said. “The morale was extremely high, the passion, the excitement to be here, being in this position to have opportunity to do something special to get to Tokyo.”

Though Canada led by as many as 16 points in the first half, Belgium continued to chip away at the lead in the second. A three-pointer from Belgium’s Hanne Mestdagh cut Canada’s advantage to two, 58-56, with 12 seconds remaining.

After Alexander calmly sank a pair of free throws to extend Canada’s lead to four with 10 seconds remaining, Canada’s defence came up big again as the team forced another turnover, this time on the inbounds.

With seven seconds on the clock, Belgium instantly fouled Nayo Raincock-Ekunwe. After she made one of two free throws to put Canada ahead by five, a three-point attempt from Kim Mestdagh at the buzzer was off the mark and Canada was victorious.

“[Playing in front of the sold-out Belgium crowd] was an absolutely insane environment to play in,” Nurse said. “But I’m so proud of our team and the way we fought. Everyone came in and contributed in their own way and I think that was something that was really exciting for us.” Though the ending wasn’t without its stresses, Team Canada head coach Lisa Thomaidis was pleased with how her team responded down the stretch.