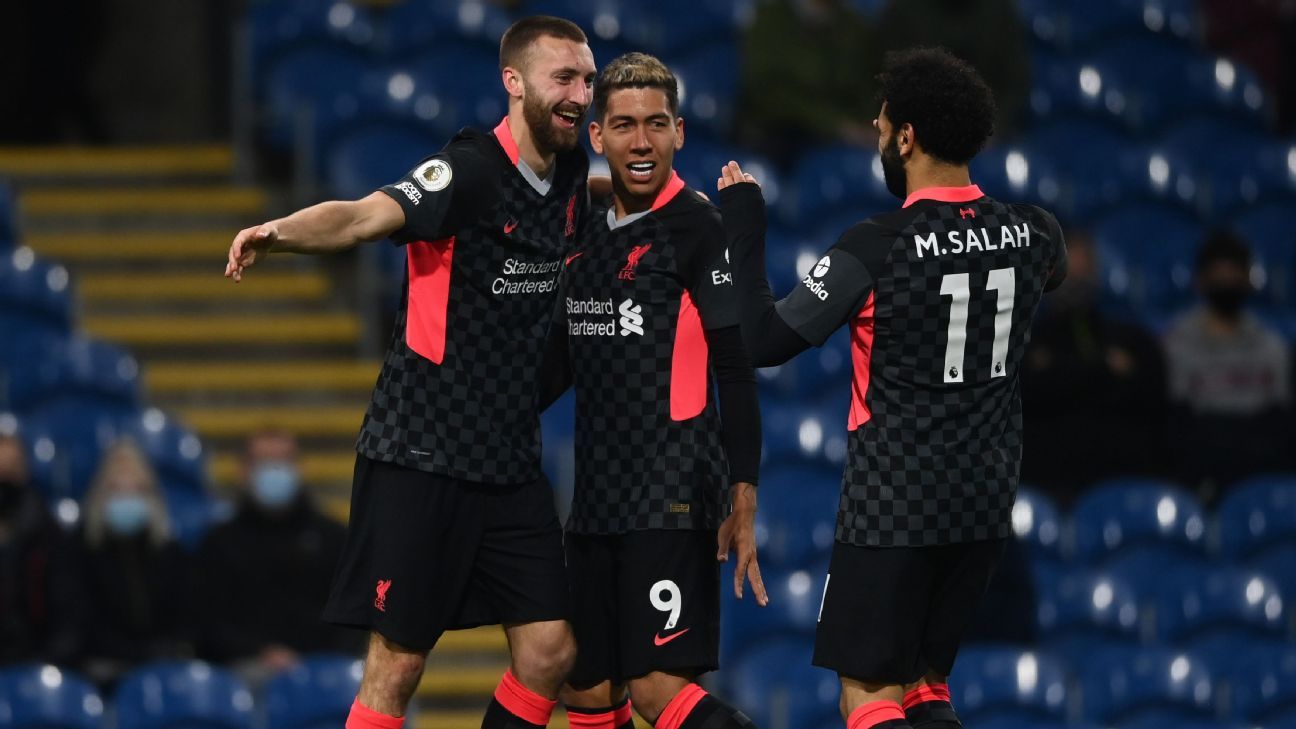 Liverpool moved into the Champions League qualifying spots after a 3-0 victory at Burnley on Wednesday took them above Leicester City and into fourth place with one round of Premier League matches left.

Roberto Firmino struck two minutes before halftime and a Nathaniel Phillips header made it 2-0 in the 52nd minute before a superb late strike from Alex Oxlade-Chamberlain secured a fourth consecutive win.

The victory moves Liverpool onto 66 points, ahead of fifth-placed Leicester on goal difference while Chelsea are third on 67 points.

Despite having little to play for other than pride, Burnley, who are now in 17th place, responded to the return of fans at Turf Moor with an aggressive start to the match.

Chris Wood struck the side netting from a promising position and the Clarets were first to the ball across the field in the opening exchanges.

But Liverpool wasted two good chances with Thiago Alcantara and Mohamed Salah both off target after finding space in the box.

Burnley winger Dwight McNeil brought a good save out of Liverpool keeper Alisson Becker with a 25-metre drive but it was the visitors who made the breakthrough.

Sadio Mane fed Andy Robertson on the left and his low cross was expertly slotted home by Firmino, the Brazilian looking confident again after his two goals at Manchester United last week.

Phillips eased any lingering Liverpool nerves with a firm header at the back post from a Mane cross from the left but he had to be alert at the other end to clear a Ben Mee header off the line as Burnley looked for a way back into the game.

A fine individual effort from substitute Oxlade-Chamberlain wrapped up the victory in the 88th minute, the former Arsenal midfielder twisting to find space for a fierce low drive past Will Norris.

Jurgen Klopp’s side face Crystal Palace at Anfield on Sunday while Chelsea are at Aston Villa and Leicester are at home to Tottenham Hotspur.

“It was a semifinal. We had to win the semifinal and we did. Nothing is decided yet but we improved our position and we have the final. That’s what we needed. It’s what we deserve because this was a top performance,” Klopp said.

“You can’t give any chance away against Burnley because of the way they play. They wanted to go for our centre-halves but our boys did outstandingly well.” Champions Manchester City and second-placed Manchester United have already secured Champions League qualification.