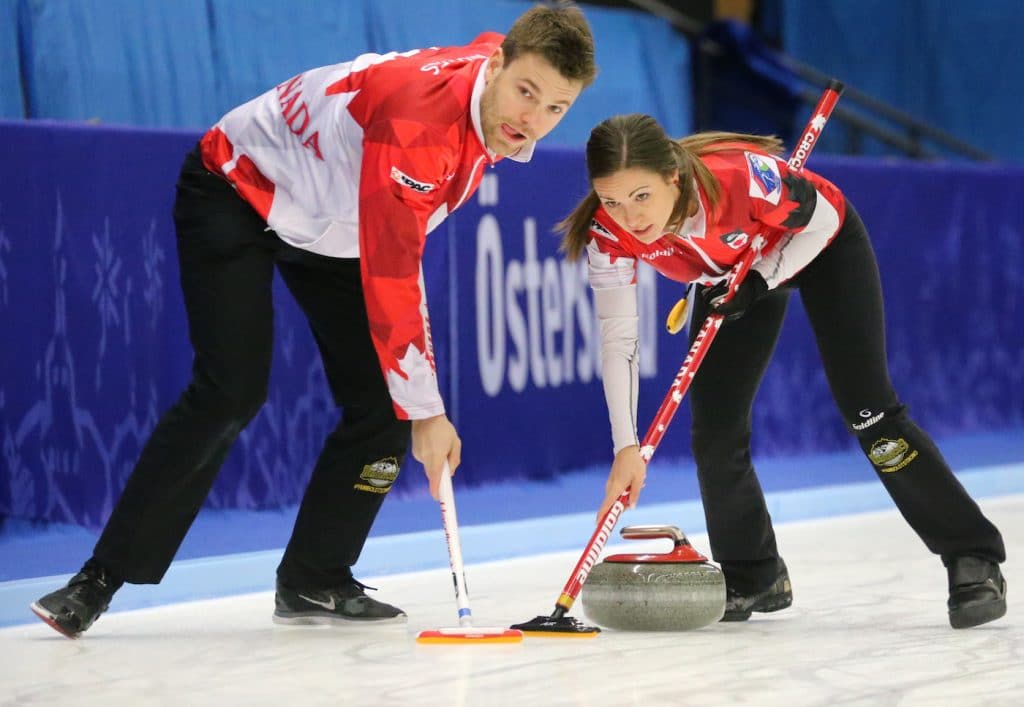 Canada’s Kerri Einarson and Brad Gushue remain tied at the top the Group A standings after splitting a pair of matches on Wednesday at the world mixed curling doubles championships in Aberdeen, Scotland.

The Canadians lost their morning draw 8-5 to Australia, but rebounded with a 8-3 triumph over South Korea later in the day.

The Canadians are now 4-1 for the tournament.

Canada opened its match versus South Korea with three consecutive points in the first three ends, two in the first end before stealing a single in the second and third ends, respectively.

South Korea conceded after the seventh end when the team missed a raise attempt, giving Canada another steal.

“I missed a couple of shots there in the fifth end, which put us in trouble and then I was overly cautious on [Kerri’s] line call on the last one, but I felt we both played a solid game and getting the three in the sixth kind of put that game away,” Gushue stated.

Einarson and Gushue lost to Australia’s Tahli Gill and Dean Hewitt in their first draw on Wednesday.

Australia (1-3) scored two in the sixth end and one in the seventh and eighth to pull out the win.

Einarson, from Camp Morton, Man., and Gushue, from St. John’s, N.L., must finish in the top seven to secure a spot for Canada in the mixed doubles discipline at the 2022 Beijing Olympics.

Canada is one of 20 teams entered in the competition.

Gushue and Einarson are trying to become the first Canadian team to collect gold in the event’s 13-year history. Canada has reached the podium (two silver, one bronze) at the last three editions of the competition.

The top team in each 10-team pool advances to the semifinals. The second- and third-place teams in each pool will cross over and play qualification games. Competition continues through Sunday.