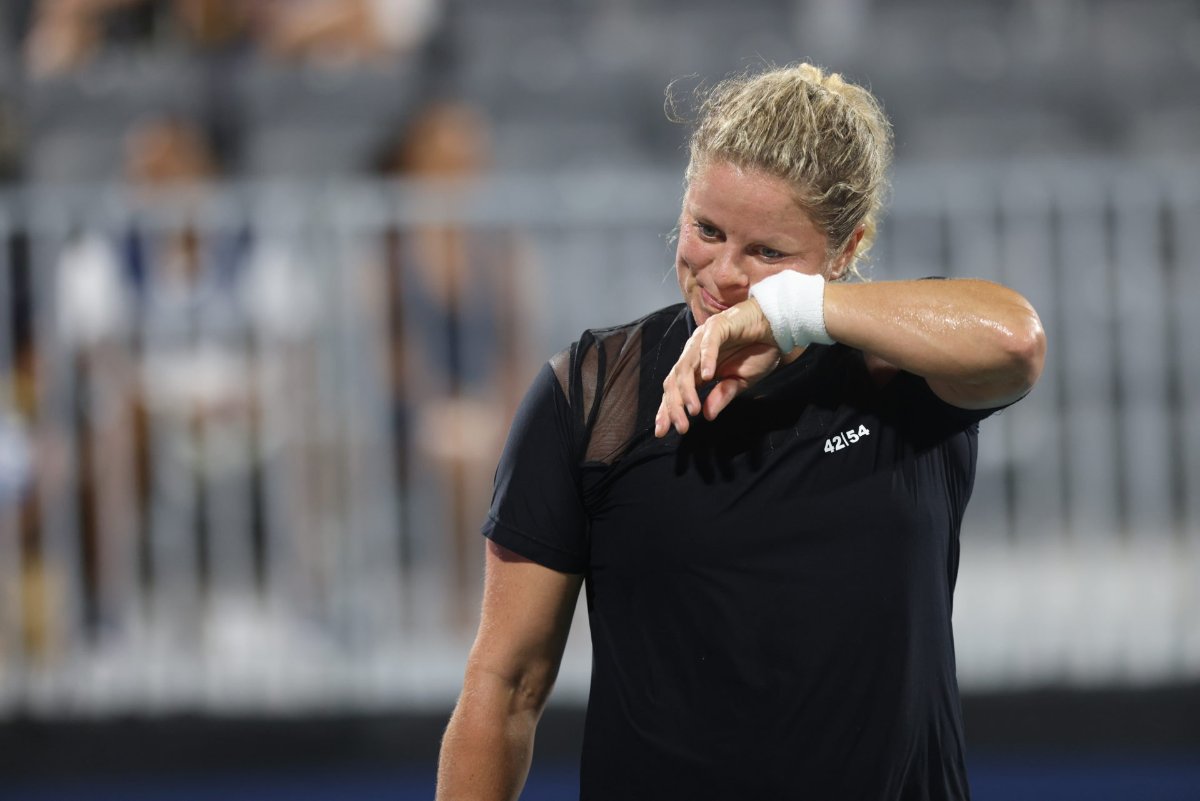 Garbine Muguruza and Ons Jabeur won in consecutive sets in the second round of the Kim Clijsters lost Monday in her latest return to the WTA Tour, dropping a three-setter against Su-Wei Hsieh in the first round of the Chicago Fall Tennis Classic.

It was Clijsters’ first match since a first-round loss at the 2020 U.S. Open a little more than a year ago. That was part of an 0-3 record last season after the former No. 1-ranked player made a comeback that was interrupted by knee surgery in October and when she got COVID-19 in January.

Clijsters, a mother of three who wakes up at 5 a.m. at her family’s home in New Jersey to train, received a wild card for the Chicago tournament. But she was eliminated by Hsieh, an Australian Open quarterfinalist who closed out a 6-3, 5-7, 6-3 triumph in 2 hours, 18 minutes.

“Some good things, some bad things and inconsistency,” the 38-year-old Clijsters said. “But I think for me the most important thing is that, what I talked with my coach and my trainer about, my fitness coach, was physically being able to get through these matches without big concerns. That was the main goal.

“I came close today, but still have a good feeling about, you know I’ve made progression and I think that’s the most important thing.”

Clijsters is staying in Chicago to play doubles with Belgian countrywoman Kirsten Flipkens.

But she isn’t sure about her plans for the rest of the campaign.

“I would like to play Indian Wells if I can, if the body holds up good,” she said. “So at the moment, it’s all fine. So I’m excited to try to play many matches and I’m really looking forward to World Team Tennis as well. That’s where last year I really felt a big improvement.”

Next up for Hsieh is No. 6 seed Ons Jabeur, who received a bye into the second round.

Final 4 teams to square off in Canadian Championship in late October, early November