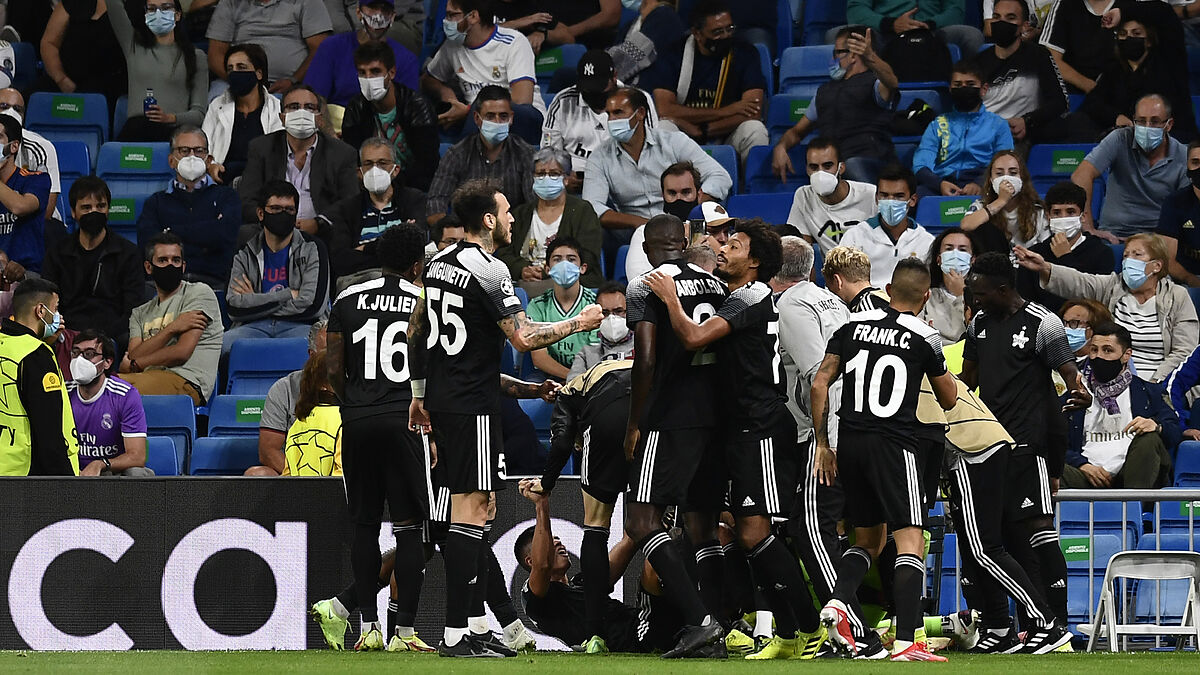 Moldovan side Sheriff Tiraspol pulled off a remarkable 2-1 victory away to Real Madrid in the Champions League on Tuesday, snatching a shock victory thanks to a sensational 89th-minute strike from Sebastien Thill.

Competition debutants Sheriff went ahead versus the 13-time European champions in the 25th minute with a header from Uzbek midfielder Jasurbek Yakhshiboev, who narrowly missed a opportunity to double the visitors’ lead later in the first half.

Sheriff closed with +2700 odds at Caesars Sportsbook, making it the largest underdog to win in the last three Champions League seasons. The previous biggest upset was Shakhtar Donetsk beating Madrid in the group stage last year at +1300 odds.

“We believed we could win. I spoke to my teammates as captain, motivating them, saying ‘why not dream?’ This is football,” Sheriff Tiraspol captain Frank Castaneda said. “Real Madrid are historic but on the pitch it’s 11 vs. 11. We went for the win and got it.”

Goalkeeper Georgios Athanasiadis, 28 — who plays for Sheriff on loan from AEK Athens — was named UEFA’s Man of the Match for a display that saw him make ten saves.

“I’m really happy,” he said. “It’s very difficult to play against these teams, the best in the world. I’m emotional, if I carry on talking much longer, I’ll end up crying.”

Real dominated the play in both halves but needed a penalty to draw level. Karim Benzema buried his spot-kick in the top corner in the 65th minute after Vinicius Jr was felled and awarded a penalty following a VAR review, having been denied a spot kick after a previous review moments earlier.

Real substitute Luka Jovic spurned a great opportunity to win it for the hosts, but Sheriff quickly got down the other end and, following a throw-in, the ball fell to Luxembourg midfielder Thill, who unleashed a lethal shot into the far top corner.

“It’s the type of game where when you have total control it’s the little details that decide it,” said Madrid manager Carlo Ancelotti. “That cost us the game. It can be a good lesson for the future, a game like this, the details cost you. A throw in, a cross, a corner, a pointless foul… They cost you. We lost and the team didn’t deserve it, honestly, for what we did.”

They faced an unbeaten Real side and were outplayed for most of the game but pulled off the biggest result in their 24-year history, making the most of their few chances and relying on a few top-drawer saves from Athanasiadis.