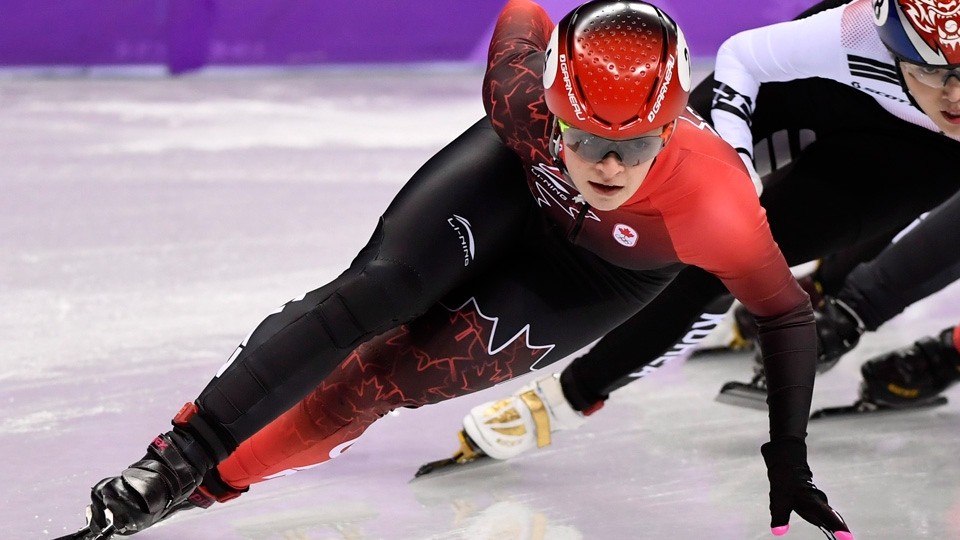 Kim Boutin was one of three medallists for Canada on Sunday at a short-track speedskating World Cup, capturing gold in the women’s 500 metres.

Boutin, of Sherbrooke, Que., took the lead in the 500 off the start line and never looked back. She skated a clean race to stop the clock in 43.374 seconds, ahead of Italy’s Arianna Fontana and Ji Yoo Kim of Korea.

Boutin, the World Cup leader in the 500, has won all three races she’s competed in this season in that distance.

Sarault also led much of the women’s 1,500 before Suzanne Schulting of the Netherlands took over mid-way through the race. China’s Yu Tong Han ended third.

Boutin and Sarault joined teammates Danae Blais and Alyson Charles for the relay and crossed the finish line in third position. They were upgraded to silver following a Korean penalty that was handed out after the race. Italy took gold and Russian won bronze.

“It was certainly an interesting final. I really wanted to go out in front and control the race, and to finish strong. That’s what I was able to do today, so I am happy. Our team is also becoming must stronger in the relay. In the final, we showed that strength from the beginning through to the end, so I’m very proud of what we accomplished.” Boutin said.

Boutin now boasts nine medals so far this World Cup season, five of them gold. Courtney Lee Sarault captured silver in Sunday’s 1,500, clocking in a time of 2:30.976, just behind winner Suzanne Schulting of the Netherlands (2:30.906).