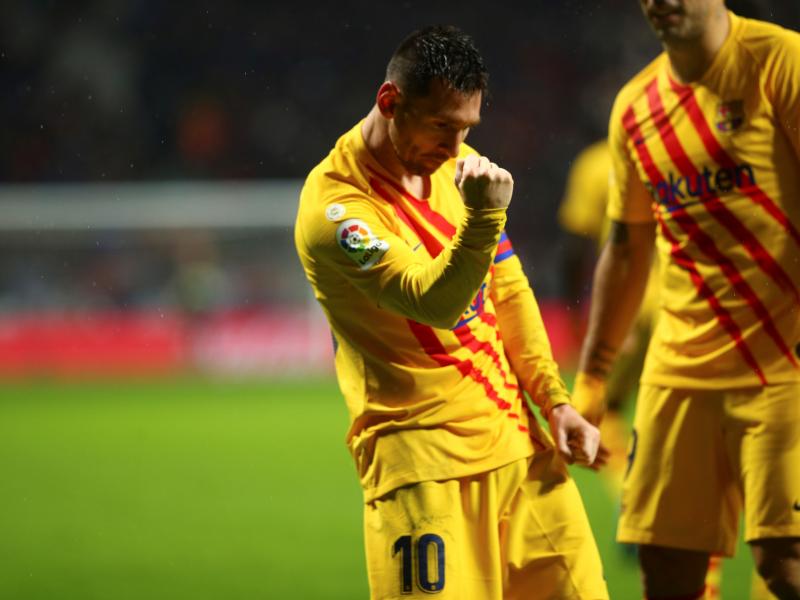 Lionel Messi hit a extraordinary late goal to give Barcelona a 1-0 victory at title rivals Atletico Madrid which saw the champions reclaim top spot in La Liga from Real Madrid on Sunday.

The Argentine, playing his 701st game for Barca, settled a pulsating and tense encounter in the 86th minute, galloping down the right wing before cutting inside and playing a one-two with Luis Suarez before guiding the ball into the bottom corner.

It was Messi’s first goal versus Atletico at the Wanda Metropolitano stadium and gave his side their first victory over their rivals at the ground in three attempts after successive draws in the last two seasons.

“Whenever you have a game like this which is really tight and really tough, being able to count on Messi is always an advantage,” said Barca coach Ernesto Valverde.

The strike saw Barca return to the top of the standings with 31 points after 14 games, ahead of Real Madrid on goal difference, while Atletico were left in sixth place on 25 points, having played one match more than Barca and Real.

Both sides hit the woodwork and Barca keeper Marc-Andre ter Stegen also made two stunning saves, while Atletico felt that Gerard Pique should have been shown a second yellow card in the second half for a late tackle on Alvaro Morata.

Atletico were also fortunate not to have a player sent off when Vitolo slammed into Pique’s knee with a fierce challenge a few minutes later after picking up an earlier booking.

After the game, Atletico boss Diego Simeone took the loss in stride, saying: “I’m calm because the team gave everything, they did what the coach asked of them. The change will come when instead of hitting the post, it will go in. We have to understand the transitional year we’re in. Patience and calm.”

He added: “I have less patience than anyone, but you have to understand the huge change there’s been in the team, it needs time. We’re improving our play but the most important thing the goal, is missing.”