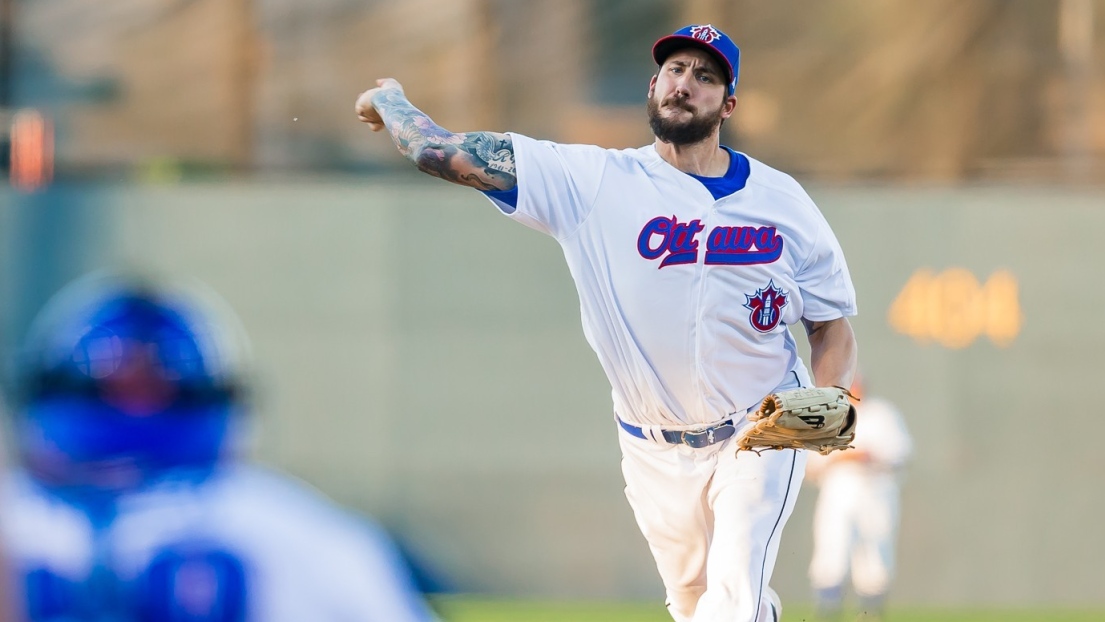 Phillippe Aumont spent a good chunk of the last few years wondering if baseball was still a viable career option.

The Canadian right-hander received some affirmation on Monday when the Toronto Blue Jays announced they had signed him to a minor league contract.

Aumont, a former MLB first-round draft pick, last appeared in a major league match with the Philadelphia Phillies in 2015. He retired briefly the following season before spending two of the last three years playing independent ball with the Can-Am League’s Ottawa Champions.

“It’s been up and down, it’s been a grind,” Aumont said of his career path since 2015. “There was a point where I just had enough of baseball and I wanted to get away. The game was driving me nuts. “And that break, it felt good, but at the end of the day I knew I had to go back. I didn’t want to give up.”

The 30-year-old Aumont credits his turnaround to two things — his fiancee, Frederique, who helped him see his career from a different perspective, and his now five-month-old daughter, Gabrielle.

Aumont, a mainstay on the Canadian national team, said he garnered a “surprising” amount of attention from overseas leagues after a stellar outing at Premier 12 last month in South Korea, when he shut out a talented Cuban team through eight innings in Canada’s lone victory of the tournament.

Suddenly general managers in Asia and Mexico started sending him constant messages via text — and even social media.

He also signed with Toronto late in 2015, making five appearances at triple-A Buffalo while the major league team was clinching a playoff spot for the first time in 22 years.

Aumont, the 11th overall draft pick by Seattle in 2007, made 18 starts with the Champions last season, finishing with an 8-4 record and a 2.65 earned-run average with six complete games and 145 strikeouts over 118 2/3 innings of work.

He also served as the pitching coach for the Ottawa team last year, a role he said helped him further develop his own game.